It will be able to produce up to 3 million tons of sheet steel per year. 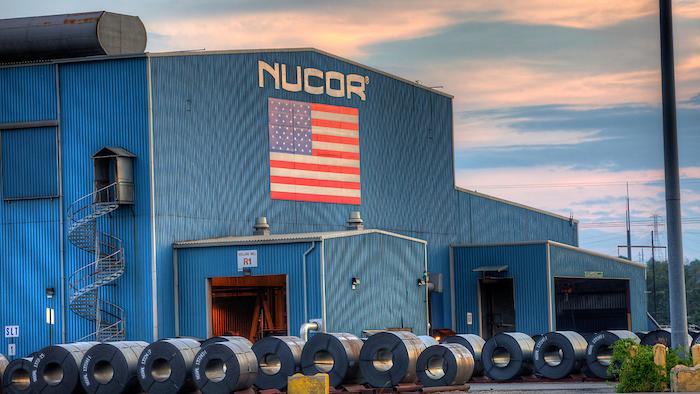 The Republican governor called the location of Nucor Corp.'s plant in Mason County the largest investment in the state's history.

“Nucor’s brand new facility is going to be a key part of West Virginia’s DNA long into the future," Justice said in a statement. “It’s going to change lives by bringing hundreds of great-paying jobs to Mason County, and the economic ripple effects will bring even more goodness to our state.”

Lawmakers completed legislation at Justice’s request Tuesday to offer the company an undisclosed tax incentive. Justice had said the incentive was based upon “very significant investment and employment thresholds.”

Charlotte-based Nucor recycles scrap metal in electric arc furnaces to produce steel. Construction of the facility will start this year and is expected to be finished by 2024. It's anticipated to create an additional 1,000 construction jobs.

“This is a transformational project that will have a significant economic impact in Mason County and surrounding areas," Nucor President and CEO Leon Topalian said.

The mill will have the capacity to produce up to 3 million tons of sheet steel per year. The company also said it is considering building a transloading and processing center in the northern part of the state. Nucor employs 28,000 at 300 facilities located mostly in North America.

West Virginia's steel industry has gone through decades of declines.

Weirton Steel, which operated a nearly 800-acre property, filed for bankruptcy protection in 2003. Cleveland-Cliffs now makes tin-plated products on the site, where employment tumbled from 6,100 in 1994 to less than 900 now.

Wheeling-Pittsburgh Steel, once among the 10 largest U.S. steel producers, was sold earlier this century. A former facility in Beech Bottom now is used to make aluminum scrap to produce coils, and one in Follansbee is a coke-making operation.