Hundreds of Companies Decry Tariffs in Letter to Trump

More than 600 companies and trade associations, including Walmart and Target, have signed a letter telling President Donald Trump that an escalating trade war with China will hurt families, jobs and the U.S. economy. 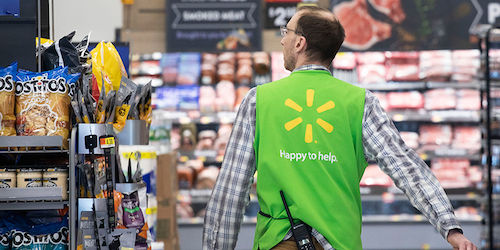 NEW YORK (AP) — More than 600 companies and trade associations, including Walmart and Target, have signed a letter telling President Donald Trump that an escalating trade war with China will hurt families, jobs and the U.S. economy.

The letter, dated Thursday and organized by a business coalition called Tariffs Hurt the Heartland, comes as the US. Trade Representative's office is set to hold public hearings Monday that will consider extending the 25 percent tariffs to practically all Chinese imports not already hit with levies, including toys, shirts, household goods, and sneakers.

Trump has already imposed 25 percent tariffs on $250 billion of goods from China.

The letter calls for the White House to remove the tariffs, saying they will have "a significant, negative long-term impact on American businesses, farmers, families, and the U.S. economy."