U.S. retailer L.L. Bean is looking to sell more parkas, sweaters, flannel and mittens in Canada as part of its strategy for a return to sales growth. 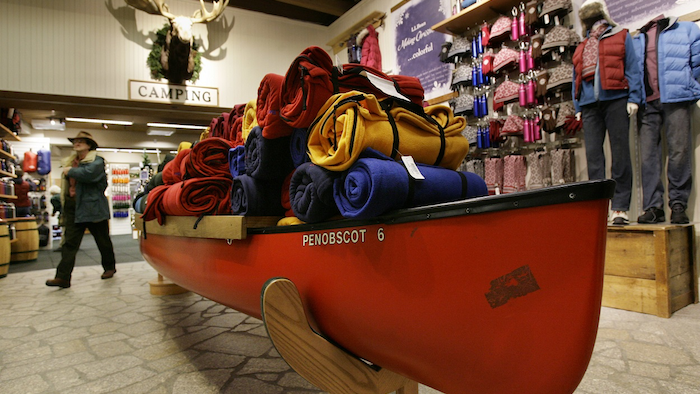 U.S. retailer L.L. Bean is looking to sell more parkas, sweaters, flannel and mittens in Canada as part of its strategy for a return to sales growth.

The 106-year-old retailer's iconic boot and other products will be sold in 30 stores in Canada this holiday season, and in L.L. Bean-branded stores opening over the next decade. The company also has launched a dedicated website for Canadian customers that incorporates duties and smooths out currency fluctuations.

The deal, inked last week, makes sense because L.L. Bean has a strong customer base in Canada and its cold-weather gear and outdoor focus are a good fit, CEO Steve Smith said.

"There are huge growth opportunities over time," Smith told The Associated Press in an interview. "Let's go after that market, and see what we can do," he said.

Maine-based L.L. Bean is coming off several years of flat sales and a difficult era of belt-tightening that included a reduction in workforce, a tightening of its generous return policy, and a paring of product lines to refocus on the company's outdoors roots.

The company sees international sales as a small but important part of its growth.

L.L. Bean already owns 28 stores, a call center and a distribution center in Japan, where it has operated since 1992.

But it'll be doing things differently in Canada, where the company has an agreement with Toronto-based Jaytex Group to distribute L.L. Bean products to Canadian retailers like Sporting Life, Hudson's Bay and Mountain Equipment Co-Op.

Under the agreement, Jaytex also will open L.L. Bean-branded stores in Canada, starting with the first store in the Toronto area in 2019. The goal is to open 20 stores across Canada within 10 years, said Howie Kastner, president of Jaytex Group.

Bean will benefit from strong brand awareness, Kastner said, partly because many Canadians have shopped in the company's flagship store in Maine.

"Everybody that I mention L.L. Bean to has a story or a fond memory. There's an emotional attachment to the brand, much like there is in the U.S.," he said.

Becoming a wholesaler and letting a partner operate L.L. Bean-branded stores in Canada represents a new way of doing things for L.L. Bean.

But partnering with an established company makes sense because some U.S. retailers, most notably Target, have stumbled in Canada, said Craig Johnson, president of Customer Growth Partners, a retail consulting and research firm in New Canaan, Connecticut.

Canada is a tenth the size of U.S. market, but the partnership carries the potential for L.L. Bean "to jump-start sales in a very compatible market," he said.

All told, Canada currently accounts for about 2 percent of Bean's annual sales; the company hopes to double that in three to four years, Smith said. L.L. Bean's sales last year from all channels, domestic and international, were $1.6 billion.