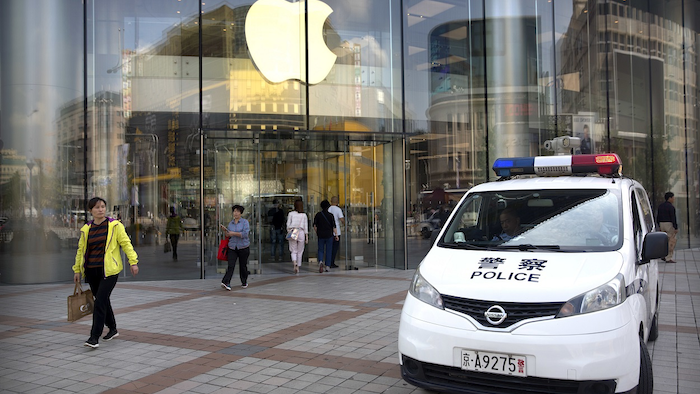 Chinese police sit in their vehicle as it is parked outside an Apple store at an outdoor shopping area in Beijing, Tuesday, Sept. 25, 2018. Image credit: AP Photo/Mark Schiefelbein

The warning came after the Chinese government released a report that accused President Donald Trump of bullying other countries. It dampened hopes for progress toward a settlement of their war over Beijing's technology policy.

Trump went ahead Monday with a tax hike on $200 billion of Chinese imports. Beijing retaliated by imposing penalties on $60 billion of U.S. products.

The conflict stems from U.S. complaints Beijing steals or pressures foreign companies to hand over technology. American officials say Chinese plans for state-led development of global competitors in robotics and other technologies violate its market-opening obligations and might erode U.S. industrial leadership.

Beijing is open to negotiations but whether they proceed is up to Washington, said a deputy commerce minister, Wang Shouwen. Wang led the Chinese delegation to the last round of talks in Washington in August, which ended without progress.

"Now that the United States has adopted such large-scale restrictive measures and holds a knife to another's neck, how can negotiations proceed?" said Wang at a news conference. "It would not be negotiations of equality."

With no settlement in sight, forecasters say the conflict between the two biggest economies could trim global growth by 0.5 percentage points through 2020.

Business groups say American companies report Chinese regulators also are stepping up pressure on them by slowing down customs clearance and increasing environmental and other inspections.

In its report Tuesday, the Chinese government tried to reinforce its position that it is defending free trade, despite complaints by the United States, Europe and other trading partners about market barriers and industrial policy.

It said Beijing has tried to protect the multilateral global trading system and accused Trump of abandoning "mutual respect" required for international relations.

The report gave no indication of possible Chinese concessions or room for compromise. Businesspeople who have met Chinese economic planners say they appear unwilling even to discuss technology policy the ruling Communist Party sees as a route to prosperity and global influence.

"The sharp criticism suggests that China might prefer to wait out the current U.S. administration, rather than embarking on potentially futile negotiations," said Cheng Wei Liang of Mizuho Bank in a report.

"It is increasingly likely that both sides will not resume negotiations for some time, at least until there is a noticeable shift in the political mood on either side." 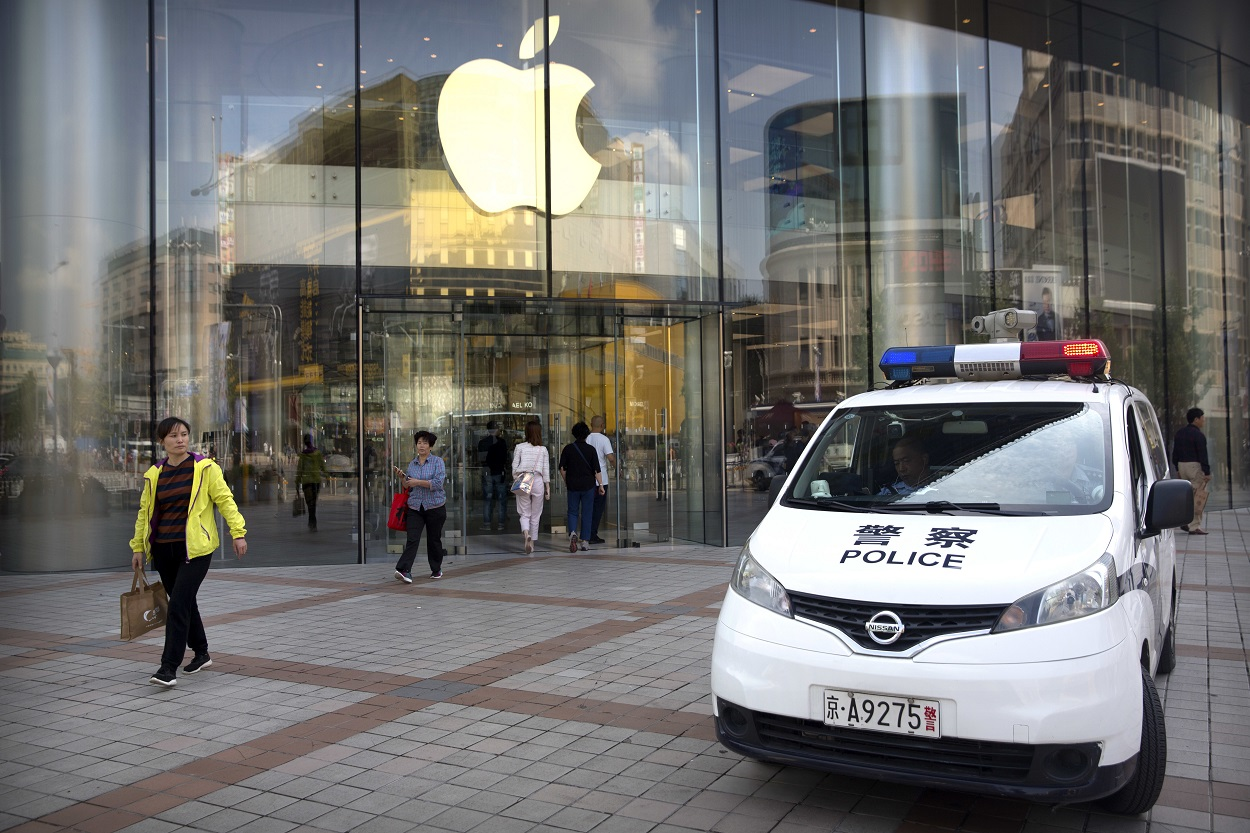 Chinese police sit in their vehicle as it is parked outside an Apple store at an outdoor shopping area in Beijing, Tuesday, Sept. 25, 2018. Image credit: AP Photo/Mark Schiefelbein
Latest in Supply Chain