U.S. productivity this summer grew at a faster rate than first thought, though it still lagged the pace set in the spring. Labor costs were also revised up, but the modest upward pace does not raise concerns about inflation. 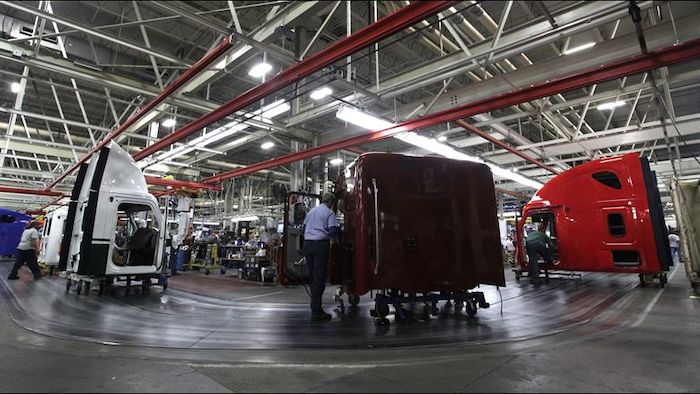 WASHINGTON (AP) — U.S. productivity this summer grew at a faster rate than first thought, though it still lagged the pace set in the spring. Labor costs were also revised up, but the modest upward pace does not raise concerns about inflation.

Productivity rose at an annual rate of 2.2 percent in the July-September quarter, the Labor Department reported Wednesday. That was up from an initial estimate of 1.6 percent but still below the 3.5 percent gain in the second quarter.

Labor costs rose at a 1.8 percent rate, up slightly from the previous 1.4 percent estimate. They advanced 2 percent in the spring.

Productivity, the amount of output per hour of work, has slowed considerably in recent years — a worrisome trend because it is considered the key factor in boosting living standards. Rising productivity allows businesses to pay employees higher wages without having to boost the cost of the products and services they sell.

But over the past year, productivity is up just 0.6 percent. In 2013 productivity did not rise at all. These outcomes are below the 2.2 percent average annual gains seen for the past 67 years.

The third quarter revision had been expected because the economy's total output, as measured by the gross domestic product, had been revised up for the third quarter to a gain of 2.1 percent.

Productivity accelerated for a decade starting in 1995. The gains were attributed to improvements in computer software and the introduction of a number of high-tech products that helped workers do their jobs more efficiently.

Some economists believe the recent slowdown reflects a temporary drop in business investment in new equipment, and they forecast a rebound in productivity growth to higher levels over the next few years. However, other analysts have expressed concerns that the country could be stuck in a prolonged period of weak productivity growth.

The Federal Reserve closely monitors the rise in labor costs to see if inflation pressures are starting to build. However, the gains logged since the Great Recession have been modest. For all of 2014, labor costs were up just 2 percent.