Orders to U.S. factories rose 1.4 percent in September, the strongest gain in four months. A key category that tracks business investment plans jumped by the largest amount in more than a year. 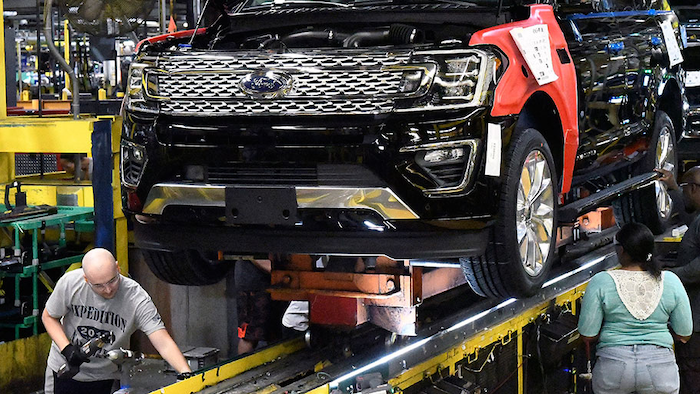 WASHINGTON (AP) — Orders to U.S. factories rose 1.4 percent in September, the strongest gain in four months. A key category that tracks business investment plans jumped by the largest amount in more than a year.

The September gain followed a 1.2 percent advance in August, the Commerce Department reported Friday. Last month's increase was paced by a 30.8 percent jump in demand for commercial aircraft, which swings widely from month to month.

The category that serves as a proxy for business investment plans rose 1.7 percent in August, the best showing since a 2.7 percent surge in July 2016.

Economists believe manufacturing is on a sustained rebound that will provide support for the overall economy after a prolonged stretch of weakness.

Demand for durable goods, long-lasting items ranging from bicycles to battleships, rose 2 percent in September. That was a slightly smaller gain than the 2.2 percent estimate the government reported last week.

Orders for nondurable goods, items not expected to last three years, rose 0.8 percent last month, up from a 0.4 percent increase in August. The gain was led by a rise in petroleum products, a category where the gain in orders likely reflected in large part a rise in energy prices during the month.

The overall economy grew at a 3 percent rate in the July-September quarter following a 3.1 percent GDP rise in the second quarter. It marked the first consecutive quarterly gains of 3 percent or better in three years.

For September, orders for mining and oil field machinery shot up by 17.8 percent. This sector has been posting strong gains after a prolonged period of weakness as energy companies cut back sharply on exploration after petroleum prices plunged.