U.S. consumer confidence climbed to its highest level in more than 16 years, a strong gain for one of President Donald Trump's preferred economic indicators. 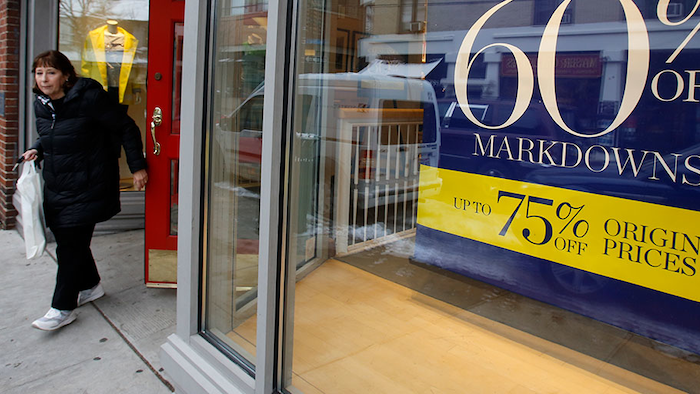 WASHINGTON (AP) — U.S. consumer confidence climbed to its highest level in more than 16 years, a strong gain for one of President Donald Trump's preferred economic indicators.

The Conference Board said Tuesday that its consumer confidence index rose to 125.6 in March from 116.1 in February, the best reading since December 2000. The index measures both consumers' assessment of current conditions and their expectations for the future. Both improved this month.

The "renewed optimism suggests the possibility of some upside to the prospects for economic growth in the coming months," said Lynn Franco, director of economic indicators for the business group.

More Americans, according to the survey, said that they expect hiring and incomes to increase over the next six months, while nearly a third described business conditions as "good" in March.

The president has cited consumer confidence as evidence that his administration is succeeding. When the index increased in December, the president tweeted out the figures along with the line, "Thanks Donald!"

But consumer sentiment is also reflecting political beliefs as much as economic indications.

The preliminary March results of the University of Michigan's survey of consumers noted a sharp divide between Republicans and Democrats. Republicans expected growth to strengthen, while Democrats showed worries about a "deep recession," according to the survey.