Inflation at the wholesale level rose at just half the rate in February as the previous month, as a surge in energy prices slowed. 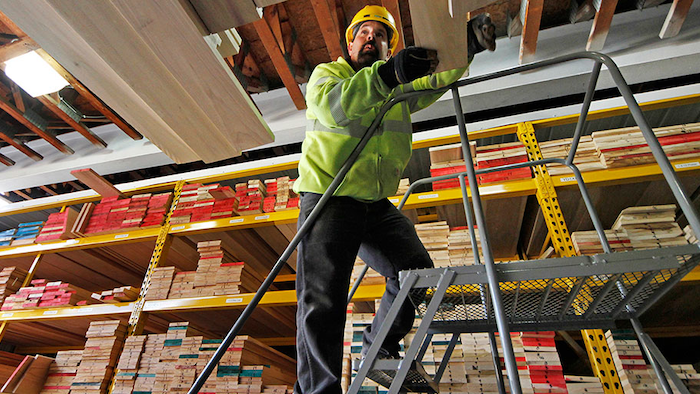 WASHINGTON (AP) — Inflation at the wholesale level rose at just half the rate in February as the previous month, as a surge in energy prices slowed.

The Labor Department said Tuesday that its producer price index, which measures inflation pressures before they reach consumers, increased 0.3 percent in February following a 0.6 percent rise in January.

Over the past 12 months, wholesale prices are up 2.2 percent, reflecting a steady rise in inflation as energy prices have increased. Just six months ago, the year-over-year increase stood at zero.

The Federal Reserve is meeting this week and is expected to boost a key interest rate, in part to reflect rising inflation.

The Fed believes the optimal increase for prices is a 2 percent gain each year. But for a number of years, inflation was well below that level. A deep recession and then a huge plunge in oil prices held overall inflation well below the 2 percent mark. However, with the rebound in oil prices that began last year and a stronger economy helping to boost employment, prices have begun to rise. However, they still remain below 2 percent as measured by the Fed's favorite inflation target, which is tied to consumer purchases.

Part of the slowdown in the overall wholesale number in February reflected less of an increase in energy products, which rose 0.6 percent in February after jumping 4.7 percent in January.

The wholesale price report showed that food costs rose 0.3 percent in February after showing no gain in January.

Up until two weeks ago, investors saw little chance the Fed would raise rates in March so soon after a December rate hike, which was only increase in rates the Fed approved for 2016. Investors now believe a quarter-point rate hike will be announced at the end of the Fed's two day meeting on Wednesday, given the strong signals Chair Janet Yellen and other Fed officials have sent recently.

The change in wholesale prices excluding food, energy and trade services was 0.3 percent in February and 1.8 percent over the past eight months.