U.S. Productivity Up At 3.1 Percent Rate In Third Quarter

The productivity of American workers rose in the July-September quarter at the fastest pace in two years, while labor costs slowed. 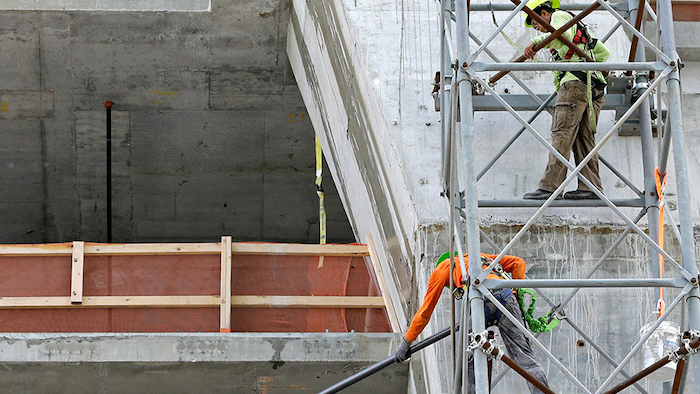 WASHINGTON (AP) — The productivity of American workers rose in the July-September quarter at the fastest pace in two years, while labor costs slowed.

The rise in productivity was the best showing since a 4.2 percent gain in the third quarter of 2014. But the rebound was expected to be only a temporary upswing from a broader trend of weak productivity gains since the 2007-2009 recession. Strong gains in productivity are needed to boost Americans' living standards.

The latest productivity gains had been expected, given that overall economic growth rebounded in the third quarter after anemic gains in the first half of the year. The gross domestic product, the nation's total output of goods and services, increased at a 2.9 percent rate in the third quarter, more than double the pace in the second quarter.

Productivity represents the amount of output per hour of work. Nonfarm businesses boosted output by 3.4 percent in the third quarter, while the hours worked rose a much more modest 0.3 percent.

Productivity growth has been weak since the Great Recession. It has averaged annual gains of just 1.3 percent from 2007 through 2015, sharply lower than the 4.7 percent average annual productivity gains from 2000 to 2007.

Federal Reserve Chair Janet Yellen has pointed to the slowdown in productivity growth as a key challenge facing the country.

Economists believe that businesses need to start focusing more on raising the efficiency of their existing workforce rather than just hiring more workers to meet demand. They expect companies to put more emphasis on increasing productivity as the labor market hits full employment and the pool of available qualified workers diminishes.