Christine Lagarde, the managing director of the International Monetary Fund, is calling the inclusion of China's renminbi as the fifth currency in an elite group of the world's reserve currencies an "important and historic milestone" for the international financial system. 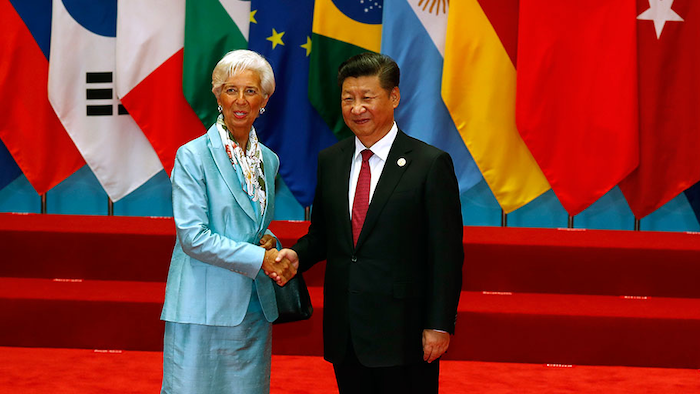 WASHINGTON (AP) — Christine Lagarde, the managing director of the International Monetary Fund, is calling the inclusion of China's renminbi as the fifth currency in an elite group of the world's reserve currencies an "important and historic milestone" for the international financial system.

Lagarde said the expansion of the IMF's key currencies to include the Chinese renminbi was a recognition of the progress China has made in reforming its monetary and financial systems.

Lagarde spoke on Friday at IMF headquarters in Washington, one day before the Oct. 1 expansion of the IMF's basket of reserve currencies to include the renminbi, which is also known as the yuan.

The other currencies in the basket are the U.S. dollar, the Japanese yen, the British pound and Europe's common currency, the euro. The last change to the basket was the addition of the euro in 1999.

China, now the world's second-largest economy, had mounted a lengthy campaign to be included in the IMF's Special Drawing Rights currency basket. This is a virtual currency the IMF can use for emergency loans and IMF member countries can use to bolster their own reserves in time of crisis.

In her comments Friday, Lagarde said China's inclusion acknowledged the advances China has made "in liberalizing and improving the infrastructure of its financial markets. The continuation and deepening of these efforts, with appropriate safeguards, will bring a more robust international and financial system, which in turn will support the growth and stability of China and the global economy."

The IMF's executive board had approved inclusion of the Chinese currency in the currency basket last November when it made a finding that the renminbi had met the standard of being "freely usable."

Analysts believe the action could give the Chinese economy a boost by encouraging more foreign participation in China's financial markets.