U.S. producer prices were unchanged last month as the biggest decline in wholesale food costs in more than three years helped to keep a lid on inflation. 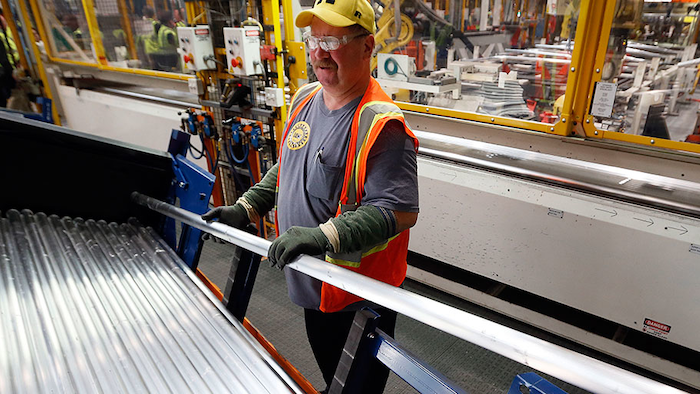 WASHINGTON (AP) — U.S. producer prices were unchanged last month as the biggest decline in wholesale food costs in more than three years helped to keep a lid on inflation.

The Labor Department said Thursday that its producer price index, which measures cost pressures before they reach the consumer, was flat in August after a 0.4 percent decline in July which was the biggest drop in 10 months. Food prices at the wholesale level fell 1.6 percent in August, the largest drop since a similar decline in April 2013.

Core inflation, which excludes the volatile energy and food categories, showed a modest gain of 0.1 percent. Over the past year, wholesale prices have been flat while core wholesale prices are up 1 percent, further evidence that inflation remains a no-show for the U.S. economy.

Energy prices declined 0.8 percent in August as the cost of gasoline at the wholesale level fell 2.5 percent.

Inflation remains modest at both the producer and consumer levels. A key inflation gauge preferred by the Federal Reserve has been running below the Fed's 2 percent inflation target for more than four years.

Fed policymakers will meet next week to consider whether to boost a key interest rate for the first time since a small quarter-point increase last December. Wall Street plunged last week on fears that the Fed was about to boost interest rates but those concerns eased after Fed board member Lael Brainard gave a speech Monday in which she defended the Fed's go-slow approach and called for continued Fed "prudence" in raising rates.

The American economy, as measured by the gross domestic product, grew at a disappointing 1.1 percent annual rate from April through June after an anemic 0.8 percent gain in the first quarter. But forecasters believe GDP growth will accelerate in the second half of this year with the expectation of growth above 3 percent in the current July-September quarter.