The European Union's foreign policy chief encouraged companies to do more business with Iran despite new U.S. sanctions, saying Tehran had upheld its commitments under the deal to limit its nuclear program. 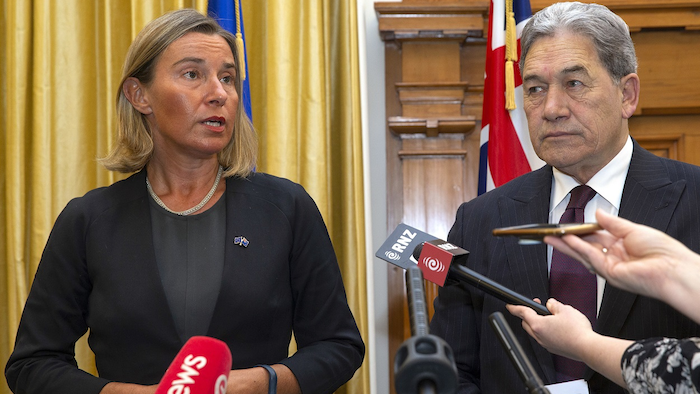 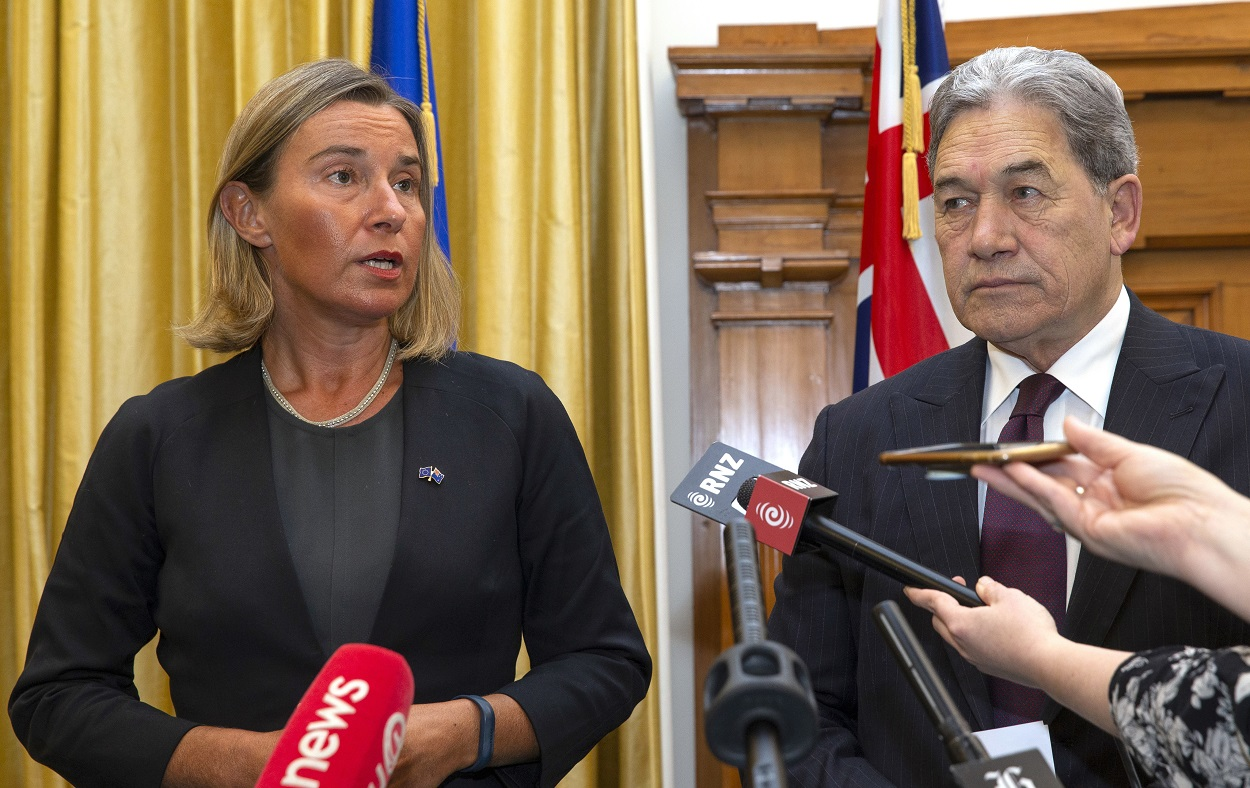 The European Union's foreign policy chief encouraged companies to do more business with Iran despite new U.S. sanctions, saying Tehran had upheld its commitments under the deal to limit its nuclear program.

Federica Mogherini told reporters Tuesday during her trip to Wellington, New Zealand, that it's up to Europeans to decide whom they want to trade with.

"We are doing our best to keep Iran in the deal, to keep Iran benefiting from the economic benefits that the agreement brings to the people of Iran because we believe this is in the security interests of not only our region, but also of the world," she said. "If there is one piece of international agreements on nuclear non-proliferation that is delivering, it has to be maintained."

The United States reimposed stiff economic sanctions on Iran on Monday, ratcheting up pressure on the Islamic Republic despite statements of deep dismay from European allies, three months after President Donald Trump pulled the U.S. out of the international accord limiting Iran's nuclear activities.

Trump declared that the landmark 2015 agreement was "horrible," leaving the Iranian government flush with cash to fuel conflict in the Middle East. Trump warned that those who don't wind down their economic ties to Iran "risk severe consequences."

German car and truck maker Daimler AG on Tuesday said it was suspending its "very limited" activities in Iran. In early 2016 the company announced plans for local truck production and cooperation with an Iranian partner but those plans had not panned out in a weak market. A representative office "will not be continued," the company said.

Iran accused the U.S. of reneging on the nuclear agreement, signed by the Obama administration, and of causing recent Iranian economic unrest.

Trump said in a statement, "We urge all nations to take such steps to make clear that the Iranian regime faces a choice: either change its threatening, destabilizing behavior and reintegrate with the global economy, or continue down a path of economic isolation."

A second batch of U.S sanctions targeting Iran's oil sector and central bank are to be reimposed in early November.

European ministers said the Iran deal was crucial for Europe's and the world's security, and the European Union issued a "blocking statute" Monday to protect European businesses from the impact of the sanctions.

Mogherini, speaking at a news conference alongside New Zealand Foreign Minister Winston Peters, said the EU and New Zealand saw the need to maintain the nuclear deal with Iran, notwithstanding the U.S. withdrawal, and that she and Peters had discussed in detail how to keep open trade and financial channels with Iran.

"We are encouraging small and medium enterprises in particular to increase business with and in Iran as part of something (that) for us is a security priority," Mogherini said, explaining that trade is an integral part of the nuclear deal.

Trade between Iran and the EU "is a fundamental aspect of the Iranian right to have an economic advantage in exchange for what they have done so far, which is being compliant with all their nuclear-related commitments," Mogherini said.

Shares of the one-time photography giant more than tripled on the announcement.
Jul 29th, 2020
Follow Us
Most Recent