Rocket City, Alabama: Space History and an Eye on the Future

The birthplace of NASA's rockets lies in the land of cotton, hundreds of miles from Cape Canaveral's launch pads. 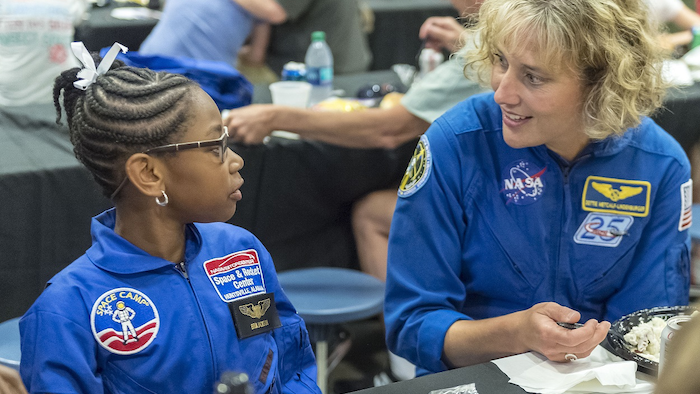 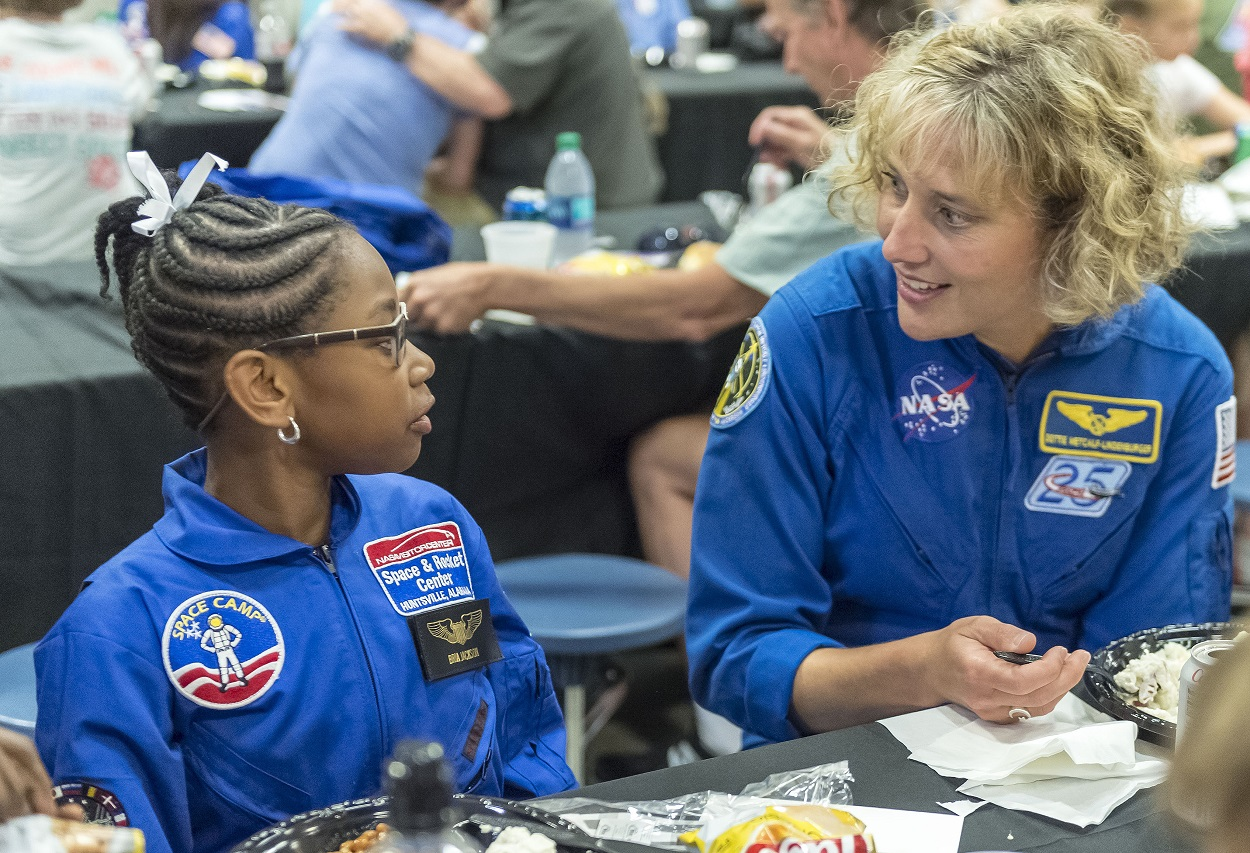 In this July 13, 2018 photo, retired designer Jim Jenkins, who volunteers to educate the next generation three days a week, talks with Whitt Harbour of Tupelo, Miss., about powering the engines of the Saturn V rocket at the U.S. Space & Rocket Center in Huntsville, Ala. Image credit: AP Photo/Vasha Hunt

The birthplace of NASA's rockets lies in the land of cotton, hundreds of miles from Cape Canaveral's launch pads.

Huntsville's nickname, Rocket City, is thanks largely to Wernher von Braun and his team of fellow German-born rocketeers who settled here in the 1950s. The city has long been home to the Army's Redstone Arsenal and NASA's Marshall Space Flight Center. But now it's attracting new generations of engineers, scientists and techies. Tourists come for the history. Kids and adults come to learn at Space Camp.

It was von Braun, Marshall's first director, who wanted to showcase Huntsville's rocket development and testing. Thus was born the U.S. Space and Rocket Center , an official NASA tourist spot that houses one of only three remaining Saturn V moon rockets, this one a National Historic Landmark.

Von Braun planted the seed for Space Camp as well. Why band camp, football camp and cheerleading camp, but no science camp, he wondered. He didn't live long enough to see Space Camp open in 1982 at the rocket center, but since then, 800,000 youngsters and grown-up space fans have attended daylong, weekend or weeklong sessions with space, robotics and aviation themes.

Its address? One Tranquility Base, Huntsville. As in "Houston, Tranquility Base here. The Eagle has landed," words spoken by astronaut Neil Armstrong when he landed on the moon with Buzz Aldrin. The 50th anniversary of those first moon steps is next July. Huntsville plans to shoot up thousands of little rockets in commemoration.

The DNA from America's original rocket force still permeates Huntsville, according to Deborah Barnhart, the U.S. Space and Rocket Center's executive director. It's Alabama's No. 1 paid tourist attraction, with bus tours into the restricted Redstone and Marshall, and wild rocket-style rides like Space Shot and G-Force Accelerator.

"We're all space geeks and we love it," Barnhart said.

But Hunstville isn't just about history. Ongoing research aims to return astronauts to the moon and on to Mars. "We're looking to the future, really looking to travel in space, trying to figure out the problems of living and working in space," Barnhart said.

Despite Huntsville's role, author Homer Hickam, a longtime Huntsville resident who's now retired from NASA, sees Cape Canaveral, Florida, and Houston getting most of the attention when it comes to space travel. Hickam's 1998 memoir "Rocket Boys" became the movie "October Sky."

"You look at all this whole great big Saturn V, and the only part that Houston was responsible for was, I don't know. This little part right here," Hickam said, laughing, as he pointed to the capsule at the tip of the 363-foot-long rocket, stretching horizontally in its massive exhibit hall.

German-style beer gardens are hosted beneath the Saturn V every Thursday evening, spring to fall. Engineers and their families mobbed a recent one. Beverages included T-Minus, a locally made, tangerine-flavored beer. Monkeynaut brew is also a favorite.

"It's probably the most scientific small town in America," said retired Apollo program worker Billy Neal, a volunteer docent who shed his white lab coat for that night's Biergarten.

Miss Baker, the squirrel monkey who preceded Mercury astronauts into space in 1959, is buried at the U.S. Space and Rocket Center. Space Campers sometimes leave bananas at her tombstone.

Nearly 1,000 campers from around the globe swarmed the rocket center during a typical week this summer. They launched small rockets and got the feel of walking in space while dangling from the ceiling in harnesses or scuba diving in a water tank smaller but similar to what astronauts once used for practice. They were strapped into a mock cockpit coming in for a Mars landing and sat behind computers as flight controllers for the Mars mission. They even live in dormitories that look as though they belong on the moon or Mars.

In July, campers got to meet the first Space Camp graduate to actually launch into space, Dottie Metcalf-Lindenburger. She attended a Space Academy for older students the same month that shuttle Discovery delivered the Hubble Space Telescope to orbit in 1990. She went on to fly aboard Discovery in 2010 as a NASA astronaut-educator.

Space Camp's simulations are "as realistic as they can be for what's done in a week," she said. "We can't train kids on a whole bunch of switches and circuit breakers and systems, but we can give them the big idea."

Her goal is to help campers "see that what they were doing this week isn't so very different than what we did in the program and how it prepares you for real space ... and then also to hopefully impart some things like all of us are going to go through rough times, but there are ways to stay plugged in."

As Metcalf-Lindenburger shook hands with each of the nearly 1,000 graduates at week's end, another Space Camp graduate, Serena Aunon-Chancellor, orbited Earth aboard the International Space Station. The roster of Space Camp alumni includes many other engineers and scientists, among them two others who lived on the space station and SpaceX founder Elon Musk, who attended as an adult during his early tech days.

She added: "These young people, here, they're going," into outer space some day.

This Associated Press series was produced in partnership with the Howard Hughes Medical Institute's Department of Science Education. The AP is solely responsible for all content.

An update on purchasing trends and employment rates for small and mid-sized manufacturers, and the roles increased air travel and 3D printing could play going forward.
May 21st, 2020
Follow Us
Most Recent