Trump Wants a Space Force, but Pentagon has Different Idea

President Donald Trump wants a Space Force, a new military service he says is needed to ensure American dominance in space. But the idea is gaining little traction at the Pentagon. 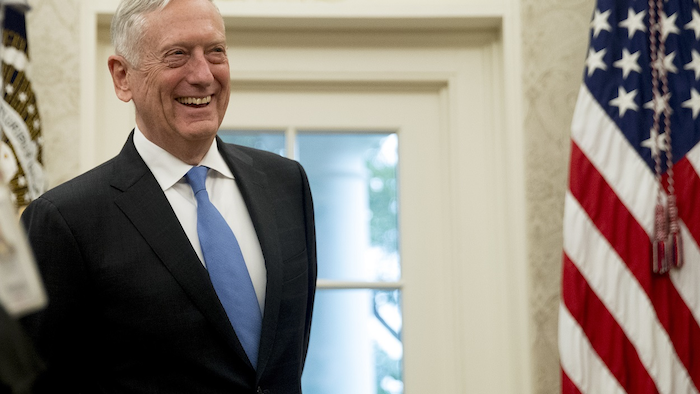 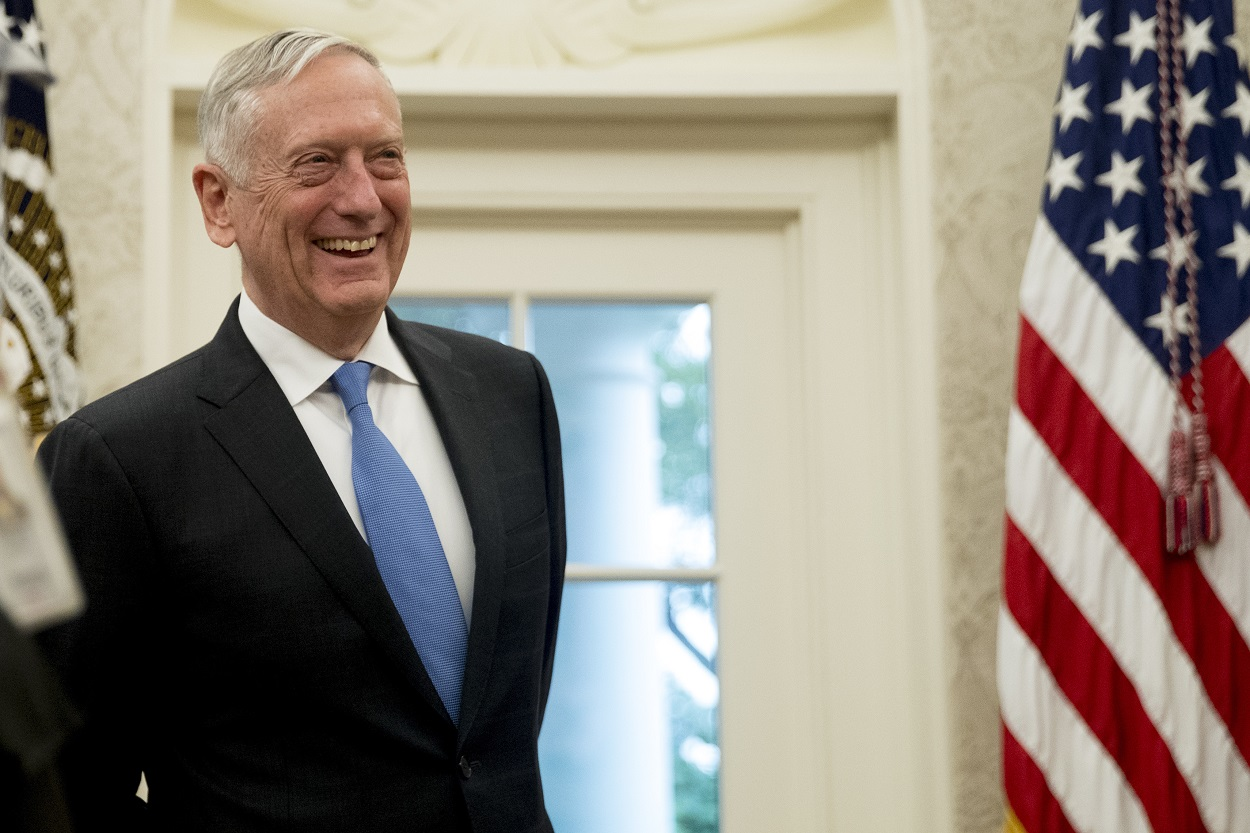 In this July 30, 2018, file photo, Defense Secretary Jim Mattis attends a swearing in ceremony for Robert Wilkie as Secretary of the Department of Veterans Affairs in the Oval Office of the White House in Washington. Image credit: AP Photo/Andrew Harnik

President Donald Trump wants a Space Force, a new military service he says is needed to ensure American dominance in space. But the idea is gaining little traction at the Pentagon, where the president's defense chief, Jim Mattis, says it would add burdensome bureaucracy and unwanted costs.

The Pentagon acknowledges a need to revamp its much-criticized approach to defending U.S. economic and security interests in space, and it is moving in that direction. But it's unclear whether this will satisfy Trump, who wants to go even further by creating a separate military space service.

The administration intends to announce next week the results of a Pentagon study that is expected to call for creating a new military command — U.S. Space Command — to consolidate space warfighting forces and making other organizational changes short of establishing a separate service, which only Congress can do. Any legislative proposal to create a separate service would likely not be put on the table until next year.

Mattis, who said prior to Trump's "Space Force" announcement in June that he opposes creating a new branch of the military for space, said afterward that this would require "a lot of detailed planning."

Mattis is allied on this with key Republicans on Capitol Hill including Sen. James Inhofe, a member of the Senate Armed Services Committee who opposes a separate Space Force but is open to creating a Space Command. The command would coordinate the use of space forces of existing services, such as those that operate military satellites, but would not be a separate service.

Mattis's chief spokeswoman, Dana W. White, said Friday he believes that consolidating space functions will "ensure we move at the speed of relevancy. Space is a joint warfighting domain that the U.S. must dominate."

Trump mentioned as recently as Tuesday that he had ordered the Pentagon to begin the process of creating a Space Force as a new branch of the military, but he did not repeat the phrase he used in June — a "separate but equal" service. That may open the possibility of the Pentagon proposing to establish a cadre of space experts that would be part of a space "corps" attached to the Air Force rather than as a separate service.

On Friday, Trump hailed the news that NASA has named the astronauts who will ride the first commercial capsules into orbit next year. "We have the greatest facilities in the world and we are now letting the private sector pay to use them," he tweeted. "Exciting things happening. Space Force!"

Trump's focus has generated an unusual level of talk about space, but with little clarity.

"At the moment, there is no concrete proposal on the table for what a Space Force will look like or what it will do," said Brian Weeden, an Air Force veteran who is director of program planning at the Secure World Foundation, which promotes peaceful uses of outer space. "It's just sort of a notional concept."

Weeden points out that creating a new service would not address what is generally seen as a need for a more coherent force to defend U.S. interests in space, since by law a service recruits, trains and equips troops but does not do combat. That is why a Space Command is being considered, since it would be the combat arm for space much as Central Command is the organization responsible for combat operations in the Middle East.

Aside from the organizational issues, the Pentagon's role in space is under scrutiny because of a recognition that the United States is increasingly reliant on satellites that are difficult to protect in space. Satellites provide communications, navigation, intelligence and other services vital to the military and the economy. Whereas space has long been America's technological edge, it is increasingly seen as its Achilles' heel.

War in space is not just Hollywood fiction. The U.S. intelligence agencies reported earlier this year that Russia and China are pursuing "nondestructive and destructive" anti-satellite weapons for use during a future war.

A related problem that the Pentagon has struggled to address is the sluggish pace of developing and acquiring satellites through the Air Force Space and Missile Systems Center, which could be replaced by a new space development agency.

In an interim report to Congress in March on ways to reorganize its space organizations, the Pentagon said it is making changes to "ensure that we are prepared for" potential conflicts in space. This includes making satellites more resilient to potential attack by Russia or China.

Deborah James, who was the civilian leader of the Air Force for the final three years of the Obama administration, said at a think tank forum Monday that creating a separate Space Force does not address the legitimate concerns about U.S. space defenses. One of the criticisms of the Air Force, which is the primary service responsible for military satellites, is that it devotes too little money and attention to space.

"If money is your issue, Space Force is not your answer," she said. If the logic of creating a separate space service were applied broadly, she said, it would imply other radical changes such as creating a single nuclear service by combining management of the strategic nuclear weapons of the Air Force and Navy, which no one is considering.