Hundreds of thousands of garment workers once toiled in the sweaty, elbow-to-elbow workshops of midtown Manhattan before the whirring of sewing machines was mostly silenced by foreign competition. 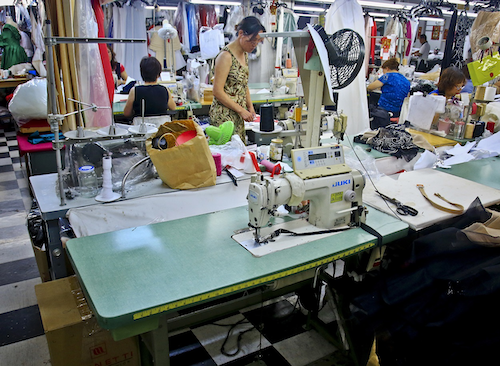 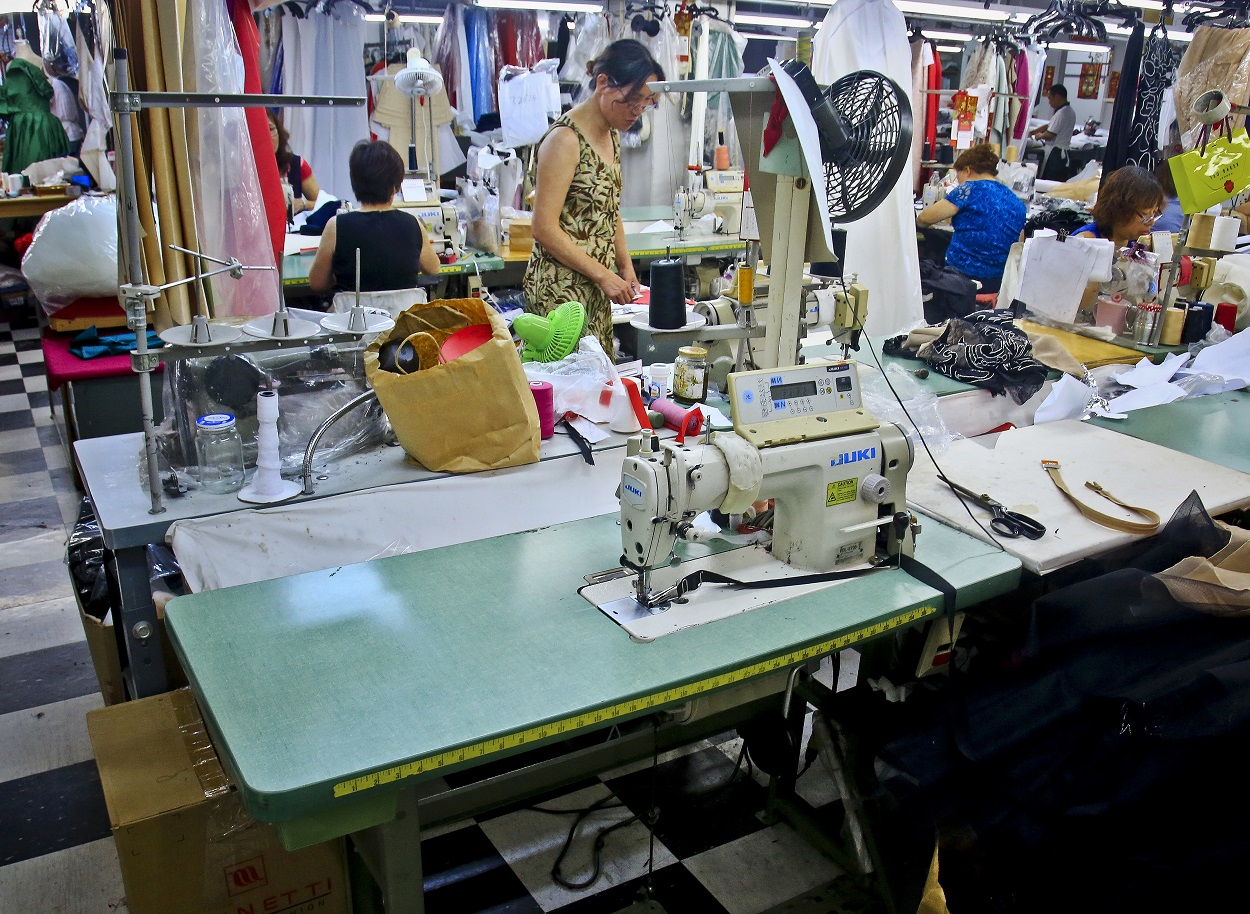 Hundreds of thousands of garment workers once toiled in the sweaty, elbow-to-elbow workshops of midtown Manhattan before the whirring of sewing machines was mostly silenced by foreign competition.

But the city's garment district isn't dead yet.

A group of manufacturers, landlords, designers and politicians has a plan to preserve a remnant of the garment industry in a neighborhood where about 5,000 people are still employed in workshops mostly serving higher-end designers, while doing away with zoning rules that critics said put onerous restrictions on prime real estate.

The plan, if approved by the City Council, would lift 1987 zoning that reserved about 4 million square feet of space in the garment district's high-rises for apparel-production businesses. Today's garment workshops occupy only an estimated 700,000 square feet, according to the city's Economic Development Corp.

And many say that number will likely dwindle away without the city's protection.

"The truth is, it's a dying industry in the garment district, and who knows what would have happened to the remaining jobs without the city's intervention," said EDC spokeswoman Stephanie Baez.

A Council vote is expected in the next few months, after more reviews to tweak details. Under the plan, landlords would get a tax break for setting aside at least 25,000 square feet in a building for manufacturers, with tenants offered the option to sign leases for at least 15 years. The city would also spend $20 million to acquire a building that would be dedicated to manufacturing.

The proposal represents a retreat from an earlier plan that would have done away with special protections entirely. That idea had been opposed by representatives of New York City's fashion design and theater industries, which still need highly skilled garment workers close by.

Gabrielle Ferrara, who with her mother runs Ferrara Manufacturing, one of the neighborhood's largest garment factories, said she supports the plan. Something needs to be done, she said, to stabilize the shrinking district.

"When the city talks about investing in machinery and technology, the fact is, you can't invest without permanent real estate space," she said. "I'm nervous for the two-thirds of the industry with short leases of just months or a year; there's no safety net for them."

As recently as 1960, many of the clothes sold in the United States were made in Manhattan's garment district, where the city now proposes to preserve apparel-production space from 35th to 40th streets, just south of Times Square, and from Broadway to Ninth Avenue.

Remnants of the old district remain. On the second floor of a massive building on West 37th Street is Absolute Couture, where ethnic Chinese workers sit all day at rows of sewing machines — not unlike the old days, at first glance.

But the workers are better paid and more skilled than the ones who once eked out a living in shifts of 12 hours or more, with an occasional rat or mouse scurrying by. Workers overheard on the street now speak Spanish, Arabic, Chinese and Korean, with Yiddish still spoken by Jewish businessmen who once dominated the district.

Newcomers to the neighborhood include shiny boutique hotels, spiffy restaurants and bars, and even a tiny hotel called Nap York where guests may reserve a sleeping "pod" for as little as an hour. Recent tenants also include artists, architects, and firms specializing in advertising, technology and media.

They mingle with old-fashioned wholesale storefronts that offer everything from clothing, buttons and beads to trimming, just pockets and pleating work. Outside, workers pushing racks of garments on wheels squeeze past a cacophony of trucks, cars, bicycles and people on foot.

Sitting on Seventh Avenue is a tribute to the human hands at the heart of the neighborhood: Israeli-born Judith Weller's life-size sculpture of her father, a Jewish man wearing a skullcap at a sewing machine, next to a needle threading a button.