Manufacturing activity in the Philadelphia region expanded more slowly in March than the previous month as new orders slipped. 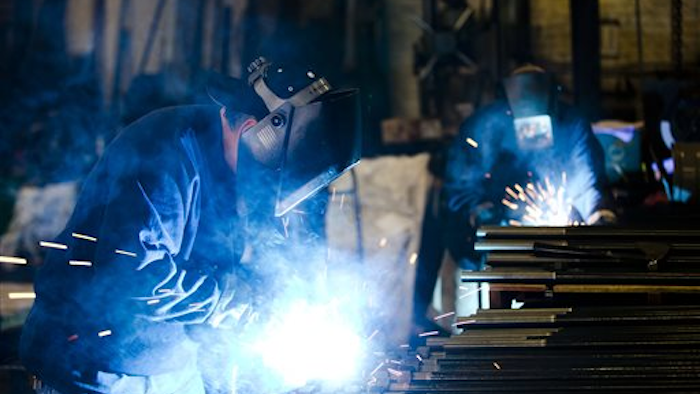 The Federal Reserve Bank of Philadelphia said Thursday that its index of regional factory activity ticked down to 5 this month from 5.2 in February. Any figure above zero indicates expansion.

It was the fourth straight decline after the index reached its highest point in more than two decades in November. It follows a similar survey from the New York Fed earlier this week that also found slightly slower factory growth. The reports suggest U.S. manufacturing is growing but at a weak pace, muted by a much stronger dollar that is weighing on exports.

A measure of hiring slipped but remained in positive territory, a sign factories are still adding jobs. Shipments fell sharply.

Factory executives remain optimistic about the overall economic outlook, however. A measure of their optimism about the economy in six months actually increased.

Still, the index adds to a picture of a slowdown in manufacturing. Ian Shepherdson, chief economist at Pantheon Macroeconomics, noted that the Philly Fed index is now much lower than its average of 27.8 in the fourth quarter of last year.

Nationwide, a survey of purchasing managers earlier this month showed that manufacturing grew in February, but at the slowest pace in a year.