State Agriculture Commissioner Adam Putnam declared a state of emergency and ordered the destruction of crops near fly sightings. Aerial pesticide spraying could also be an option. 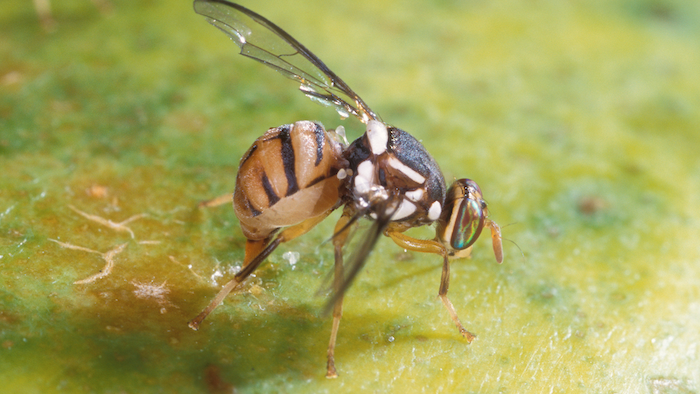 One of the nation's most productive agricultural regions has been effectively shut down after authorities detected a particularly harmful species of fruit fly.

National Public Radio reports that the invasive Oriental fruit fly was initially found near Miami a few weeks ago and, two weeks ago, in a portion of Dade County called the Redland.

The Redland's unique geography and climate makes it home to a vast array of fruit and vegetable crops — many of which were about to go to harvest.

Instead, millions of pounds will likely go to waste after Florida agriculture officials quarantined 85 square miles of the Redland in an effort to stop the spread of the fly. Reports suggest that Florida stands to lose $1.6 billion due to the problem.

The Oriental fruit fly not only feeds on the crops but pierces the fruit to lay its eggs. It's particularly harmful, officials said, because it's not picky: the fly can affect more than 400 varieties of crops.

State Agriculture Commissioner Adam Putnam declared a state of emergency and ordered the destruction of crops near fly sightings. Aerial pesticide spraying could also be an option.

Producers could irradiate their crops in order to get them to market, but that's an expensive alternative; a local distributor predicted to NPR that many farms could go under if the problem isn't resolved soon.

Federal agriculture officials, meanwhile, are more hopeful. Fruit flies are not a new phenomenon in South Florida, and fly counts are on the decline of late — a signal that the quarantine could be working.

"I'm extremely confident we'll get our arms around this, and hopefully, within a matter of a few months, we'll be out of the situation," said the USDA's Paul Hornby.