The Montana Environmental Information Center, WildEarth Guardians and Earthworks' Oil and Gas Accountability Project want the government to force companies to take steps to reduce emissions of methane from oil and gas fields. 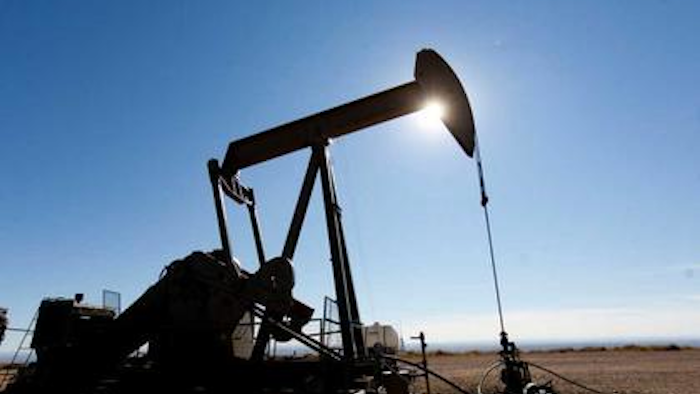 BILLINGS, Mont. (AP) — A federal appeals court ruling has revived a bid by environmentalists to block drilling for oil and gas on public lands in Montana until the government looks more closely at climate change impacts.

The case had been dismissed two years ago by a judge who said the environmentalists could not demonstrate drilling activities would cause them harm.

But a three-judge panel from the 9th U.S. Circuit Court of Appeals disagreed in a Monday ruling that sends the case back to U.S. District Judge Sam Haddon.

The Montana Environmental Information Center, WildEarth Guardians and Earthworks' Oil and Gas Accountability Project want the government to force companies to take steps to reduce emissions of methane from oil and gas fields.

Haddon ruled in 2013 that emissions from future drilling activities would be too small — only a fraction of 1 percent of total emissions in Montana — to make a "meaningful contribution" to global greenhouse gas levels.

But the appeals panel said Haddon had erred in focusing only on the climate-change effects of drilling. It said potential "surface harms" — the immediate impacts from drilling such as water pollution or increased truck traffic to service drilling rigs — were enough to give the environmental groups legal standing to pursue their lawsuit.

"You don't have to show that specific greenhouse gas emissions will contribute to climate change, and that the contribution will in turn impact our clients," said Shiloh Hernandez, the lead attorney for the environmental groups during their appeal. But Hernandez said that as the case is being heard, the plaintiffs still will be able to argue about the need to control those emissions.

Methane is a far more potent greenhouse gas than carbon dioxide. It gets into the atmosphere when pipelines leak and when companies vent or flare excess natural gas from oil production.

The BLM manages oil and gas development on federal and Indian lands, and was the lead defendant in the case before Haddon. Agency spokesman Al Nash said he could not immediately comment on the ruling.

Kathleen Sgamma with the Western Energy Alliance, an industry advocacy group, said the environmentalists were seeking to block activity that has "an infinitesimal impact on climate change."

She described the case as a test of whether the energy industry's opponents can stop all fossil fuel development on the basis of theoretical impacts, which Sgamma said would undermine the foundation of the economy.

President Barack Obama has proposed cutting methane emissions from U.S. oil and gas production by nearly half over the next decade. The rule would require energy producers to find and repair leaks at oil and gas wells and capture gas that escapes from wells.

That proposal came after Congress's nonpartisan Government Accountability Office said in May that the Bureau of Land Management was allowing significant amounts of natural gas on federal lands to be wasted, costing taxpayers tens of millions of dollars each year and adding to greenhouse gas emissions.

Using EPA estimates, the GAO concluded that capturing gas that is now being wasted would be the equivalent of removing 3.1 million cars from the road or closing four average-size coal-fired power plants.