With oil and gas prices falling and most other costs little changed, American consumers are enjoying mild inflation. 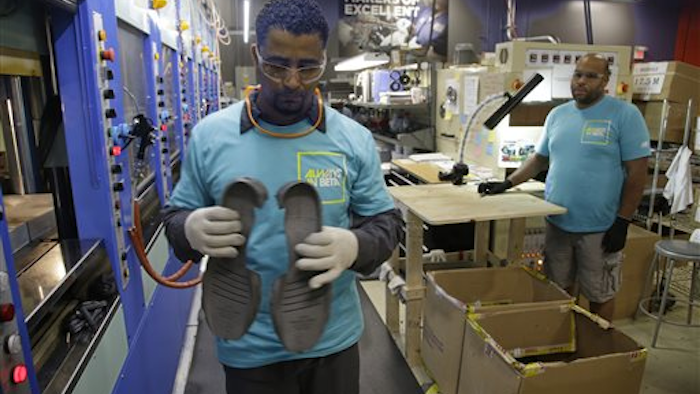 WASHINGTON (AP) — The prices charged by U.S. manufacturers, farmers and other producers were unchanged in August, the latest evidence that inflation is tame.

The Labor Department said Friday the producer price index, which measures price changes before they reach the consumer, was flat after a 0.2 percent increase in July. Excluding the volatile food and energy categories, core prices rose 0.3 percent last month.

In the past year, wholesale prices have actually fallen 0.8 percent, the seventh straight 12-month decline. Core prices have risen just 0.9 percent during that time.

With oil and gas prices falling and most other costs little changed, American consumers are enjoying mild inflation. The dollar has risen about 15 percent in value in the past year, which makes imports cheaper.

Yet tepid price increases pose a dilemma for the Federal Reserve. It wants to see inflation closer to its 2 percent target before raising interest rates, potentially as soon as its meeting next week.

The Fed targets 2 percent inflation as a cushion against falling prices, or deflation, which can drag down wages and is hard to counteract.

But there are also some signs of rising costs. In the past three months core prices have increased at a 3.4 percent annual rate, compared with a 1.8 percent decline in the preceding three months. Much of that increase has been driven by rising profit margins at retailers and wholesalers.

Greg Daco, an economist at Oxford Economics, said wholesale prices should move up later this year as oil prices stabilize and the economy continues to grow.

"While U.S. dollar strength and lower oil prices will continue to weigh on prices in the near-term, inflation is expected to rebound gradually as the economy continues to build momentum," Daco said.

Overall consumer prices are barely rising. According to the Federal Reserve's preferred measure, they increased just 0.3 percent in July from a year earlier. Excluding the volatile categories of food and energy, core prices climbed 1.2 percent in the 12 months ending in July.

Those figures are far from the Fed's 2 percent target, a gap that could cause Fed policymakers to delay a rate hike when it meets next week. Many analysts had previously expected the Fed to increase short-term interest rates at its Sept. 16-17 meeting for the first time in nine years.

But recent signs that China's economy is faltering have raised doubts about the health of the global economy and caused violent swings in the U.S. stock market. Economists increasingly expect that those factors, along with very low inflation, may cause the Fed to hold off from making any changes.

The Fed has said that it needs to feel "reasonably confident" that inflation will move back to target before beginning to raise interest rates. The short-term rate it controls has been pegged at a record low near zero since late 2008, in an effort to spur borrowing and spending.