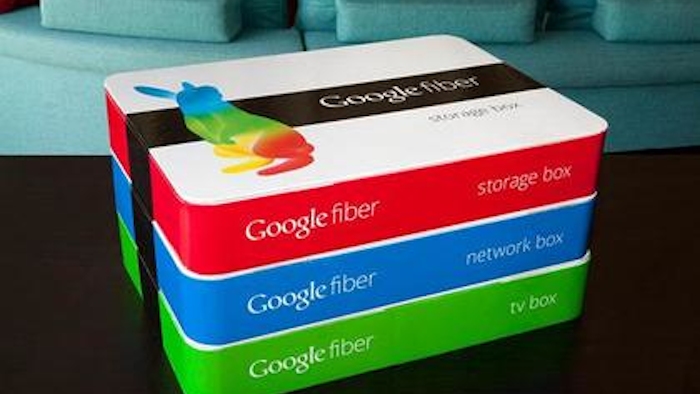 Google may expand its ultra-fast Internet service into southern California and Kentucky for the first time.

Google still must work out the logistics with government leaders before reaching a final decision on whether those three cities will join 24 other U.S. cities that already have or are scheduled to get a service that promises to deliver online content at one gigabit per second. That's up to 100 times faster than existing Internet services.

Prices for Google Fiber are comparable to or below what most households already pay for Internet access. The service typically costs about $70 per month for just high-speed Internet service.

Cox Communications already has a head start on Google Fiber in Irvine and San Diego. It began selling a gigabit Internet service in some Irvine neighborhoods earlier this year and plans to introduce out a similar service in parts of San Diego later this month.

Google Fiber started five years ago as an attempt to pressure major broadband providers such as Comcast, Verizon Communications and AT&T Inc. to upgrade their networks so they run at faster speeds. Google figures it will benefit if the Internet is available at faster speeds by making online access a more enjoyable experience, increasing the chances that people will see ads at the Mountain View, California, company's search engine or its other services such as the popular YouTube video site.

Residents in San Diego, Irvine and Louisville may have to wait a year or more before finding out whether their city leaders and Google have reached an agreement to install the miles of fiber-optic needed to deliver the ultra-fast Internet service. That timetable is based on how long it has taken Google to work out the details with other communities before committing to offer the service.