U.S. manufacturing rebounded in September after contracting in August. New orders and production at factories increased, although employment fell — a sign that manufacturers have yet to fully stabilize after a difficult year. 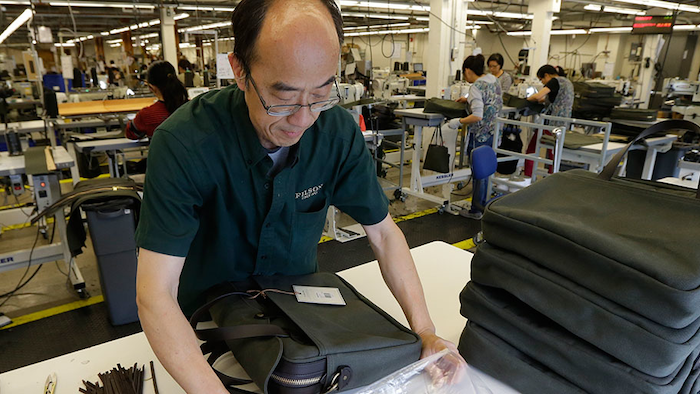 WASHINGTON — U.S. manufacturing rebounded in September after contracting in August. New orders and production at factories increased, although employment fell — a sign that manufacturers have yet to fully stabilize after a difficult year.

The Institute for Supply Management said Monday that its manufacturing index rose to 51.5 in September from 49.4 in August. Any reading above 50 signals expansion.

U.S. factories have faced a brutal slowdown over the past year. The strong dollar made their goods less affordable overseas, hurting exports. Lower oil prices caused energy companies to cut back on orders of equipment and pipeline. Auto sales have also leveled off this year after reaching a record level in 2015. The result has been layoffs and declining levels of production, with the ISM index being among the few signs of recovery until August when the index showed a manufacturing pullback.

The ISM manufacturing index looked a bit mixed in September despite the expansionary reading.

A measure of employment was 49.7, its third straight month of decline. That is a sign manufacturers are laying off workers. Bradley Holcomb, chair of the ISM manufacturing business survey committee, said factories are able to produce goods at current or even higher levels without additional workers, so the groups expects "little, if any, gains" in jobs.

And of the 18 industries tracked in the report, 11 reported contraction, including the petroleum, wood, apparel, machinery, fabricated metals and transportation equipment sectors.

New orders climbed into positive territory with a 55.1 reading, after declining in August. 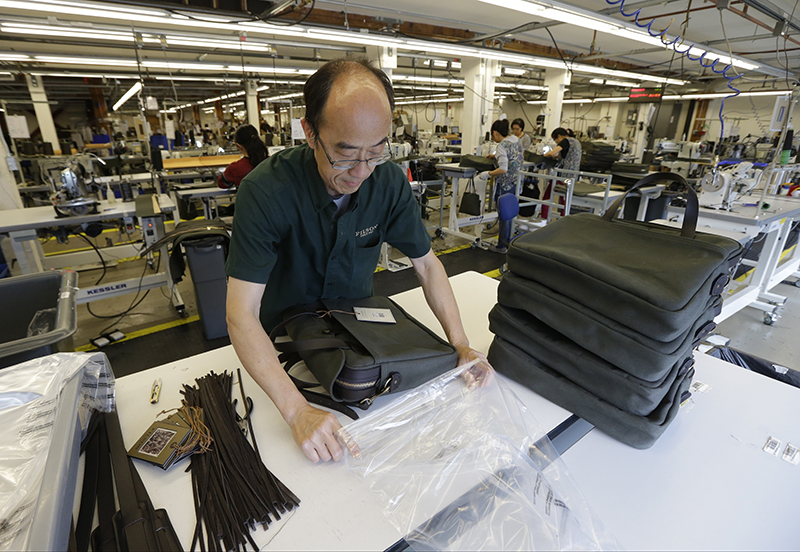 In this Wednesday, Aug. 31, 2016, photo, Ying Chau places a completed piece of luggage into a plastic bag at the C.C. Filson Co. manufacturing facility, in Seattle. On Monday, Oct. 3, 2016, the Institute for Supply Management, a trade group of purchasing managers, issues its index of manufacturing activity for September. (AP Photo/Ted S. Warren)

Orders for durable goods were nearly flat in August, with an $85 million fall from July to $226.9 billion, the Commerce Department said last week. The tick down mostly stemmed from a steep 21.9 percent drop in the volatile category of commercial aircraft. Total orders have slipped 0.6 percent so far this year to $1.8 trillion.

Factory productivity dropped 0.4 percent in August, the Federal Reserve said in a recent report. Cutbacks occurred at makers of appliances, home electronics and machinery. This slowdown has led factories to shed 30,000 workers in the past year. A broader measure of industrial output, which includes mines and utilities, also dropped 0.4 percent, the Fed said.