The Farm Progress Show, which began Tuesday in Boone, IA, features a host of new tractors and combines, but shipments of those are down 25 percent and 20 percent, respectively, compared to 12 months ago. 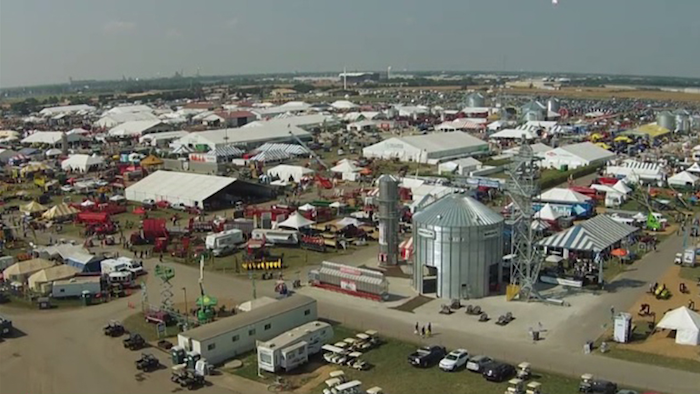 A large annual showcase for manufacturers of large farm equipment continues this week despite the ongoing struggles of the U.S. agricultural economy.

The Farm Progress Show, which began Tuesday in Boone, IA, features a host of new tractors and combines, but shipments of those are down 25 percent and 20 percent, respectively, compared to 12 months ago.

The Wall Street Journal reports that Deere & Company, CNH, AGCO and other producers are touting their new models to farmers strained by low commodity prices — and therefore less willing to invest in expensive new equipment.

The Journal added that government forecasts anticipate the lowest farm profits in more than a decade, and that current conditions already ballooned inventories of used agricultural equipment.

The exhibition also features new varieties of seeds and other advanced farm technology — both of which helped bolster farm productivity and foster excess commodity supplies.

Although show organizers expect to see a similar number of exhibits as 2015's event, companies are curbing sponsorships and other expenses.

Still, analysts offered some optimism for a recovery next year amid stronger export numbers and a lackluster harvest in South America.

Shares of the one-time photography giant more than tripled on the announcement.
Jul 29th, 2020
Follow Us
Most Recent