American workers were less productive again in the January-March quarter, although the decline wasn't as severe as first thought. 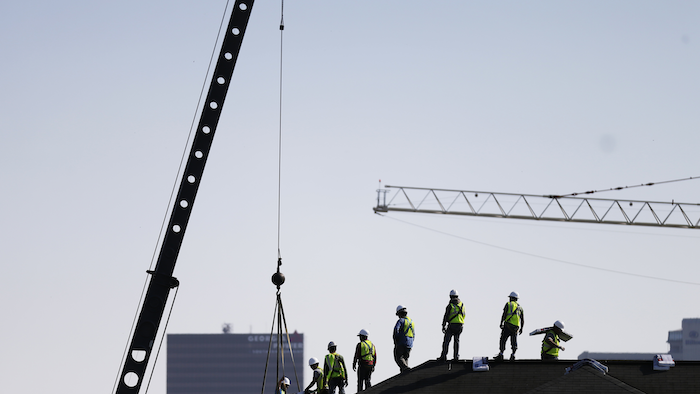 In this Wednesday, March 23, 2016, photo, construction workers unload supplies off a hoisted pallet on a rooftop in Atlanta. On Tuesday, June 7, 2016, the Labor Department issues revised data on productivity in the first quarter. (AP Photo/David Goldman)

WASHINGTON (AP) — American workers were less productive again in the January-March quarter, although the decline wasn't as severe as first thought. Meanwhile, labor costs climbed at a faster pace than initially estimated.

Productivity has been weak for the past five years, a troubling development since productivity growth is the key factor that pushes up living standards. The rise in labor costs indicates that worker pay is finally climbing after an extended period of weak wage growth.

Blerina Uruci, an economist with Barclays Research, said she forecasts only modest productivity growth in the coming years, with "limited scope for an imminent return" to the stronger productivity gains that were occurring before the 2007-2009 recession.

Fed Reserve Chair Janet Yellen said Monday that lackluster productivity gains represented a key uncertainty facing the economy. Productivity growth has been unusually weak over the past five years, averaging just 0.5 percent per year, just one-third of the annual gains seen from 1970 to 1990, she said.

While some economists are pessimistic about the prospects for productivity in the coming years, Yellen remains "cautiously optimistic" as the adverse effects of the Great Recession on investment spending and research begin to fade.

But she also urged pursuit of policies that would boost productivity saying "strengthening education and promoting innovation and investment" would support longer-term growth in productivity and greater gains in living standards.

The upgraded estimate for productivity in the first quarter reflected the fact that the government revised its estimate for total output, as measured by the gross domestic product, showing GDP grew at a 0.8 percent rate in the January-March quarter. That was slightly stronger than the 0.5 percent gain first reported.

Productivity is the amount of output per hour of work. While output was revised higher, it wasn't enough to compensate for the fact that employment — and thus the number of hours worked — rose at a faster pace in the first quarter.

The 4.5 percent rise in labor costs in the first quarter followed an even sharper 5.4 percent increase in the fourth quarter. While gains at this pace could raise concerns about inflation, the increases are coming after an extended period of wage weakness. Economists believe American wages have room to increase at faster rates before becoming an inflation problem. 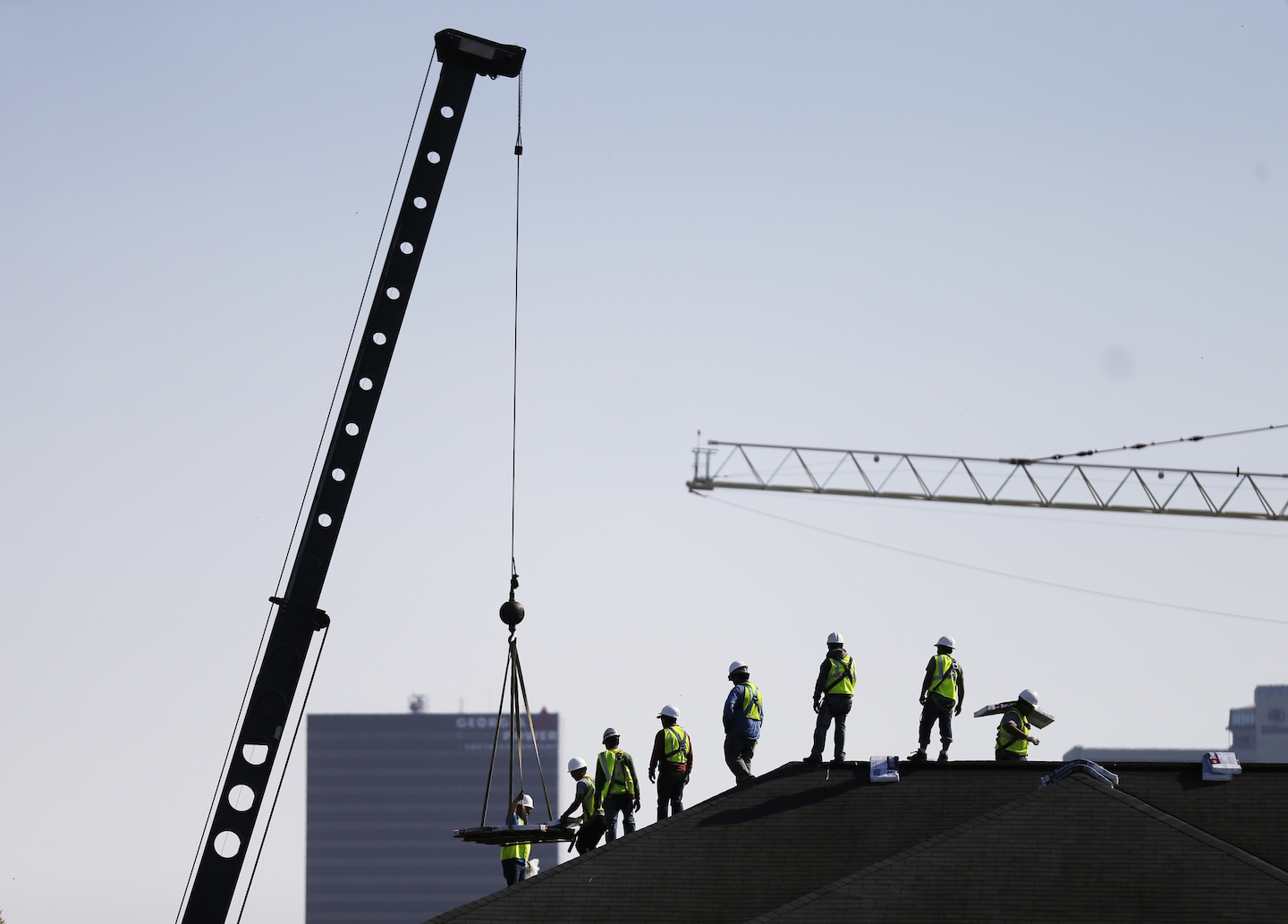 In this Wednesday, March 23, 2016, photo, construction workers unload supplies off a hoisted pallet on a rooftop in Atlanta. On Tuesday, June 7, 2016, the Labor Department issues revised data on productivity in the first quarter. (AP Photo/David Goldman)
Latest in Supply Chain