The number of people seeking U.S. unemployment benefits climbed last week, but remained near the lowest level in four decades, a sign that the slumping economy isn't boosting layoffs. 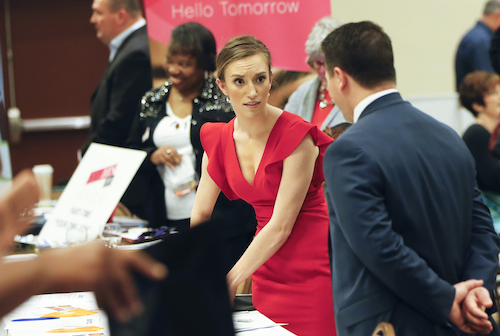 In this Wednesday, March 30, 2016, photo, job recruiters work their booths at a job fair in Pittsburgh. On Thursday, April 28, 2016, the Labor Department reports on the number of people who applied for unemployment benefits in the previous week. (AP Photo/Keith Srakocic)

THE NUMBERS: The Labor Department says weekly applications for unemployment aid rose 9,000 to a seasonally adjusted 257,000. Applications fell in the previous week to the lowest since November 1973. The four-week average, a less volatile measure, dropped to 256,000 last week, also a 42-year low.

The number of people receiving aid slipped to 2.13 million, nearly 6 percent lower than a year ago.

THE TAKEAWAY: Applications are a proxy for layoffs, so the historically low levels are a reassuring sign that weaker economic growth isn't panicking employers into cutting jobs.

Growth slowed to an annual pace of just 0.5 percent in the first quarter, the weakest pace in two years. That followed a weak showing of just 1.4 percent growth in the final three months of last year.

Yet low levels of applications indicate employers are cutting few jobs and probably still hiring. Applications have been below 300,000 for 60 straight weeks, the longest consecutive period since 1973.

KEY DRIVERS: Hiring has been solid in the first three months of the year, despite the slow growth. Employers added 215,000 jobs in March, and the unemployment rate was 5 percent, a healthy level historically.

The additional jobs should boost overall incomes in the coming months and buoy growth. Consumer spending grew at a 1.9 percent annual rate in the first quarter, a weak showing, but the slowdown mostly reflected a cutback in purchases of large manufactured goods, such as cars. Spending on services, which includes discretionary items such as restaurants, remained healthy.

Since the Great Recession ended seven years ago, growth has usually been weak in the first quarter, only to pick up in the April-June quarter. Many economists expect a similar pattern this year, and forecast growth will be 2 percent in the second quarter. 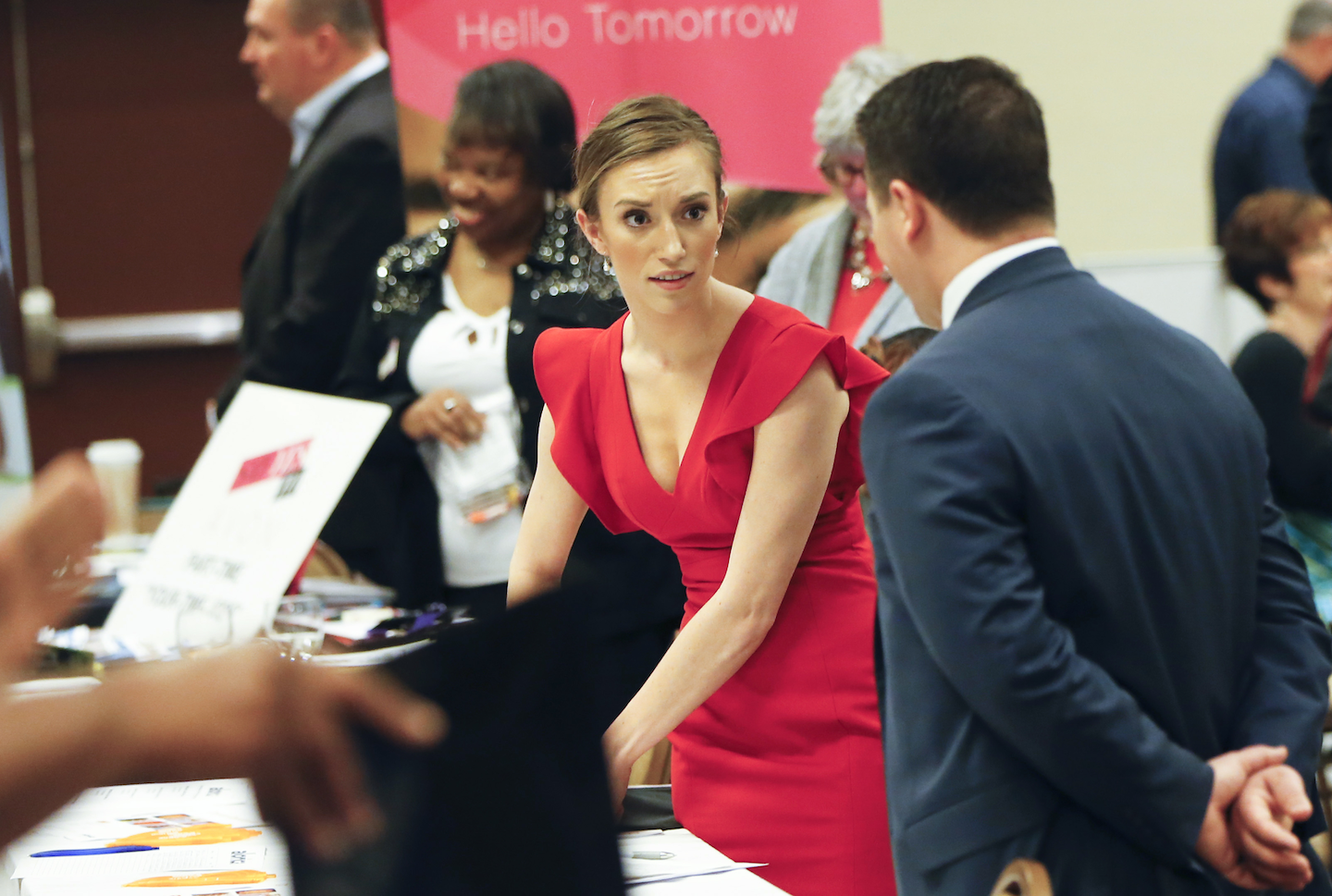 In this Wednesday, March 30, 2016, photo, job recruiters work their booths at a job fair in Pittsburgh. On Thursday, April 28, 2016, the Labor Department reports on the number of people who applied for unemployment benefits in the previous week. (AP Photo/Keith Srakocic)
Latest in Supply Chain