Economists saw the big decline in durable goods orders as evidence that the manufacturing sector remains under pressure. 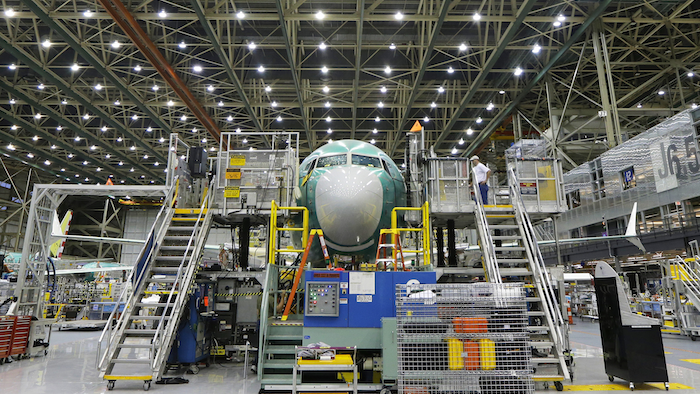 WASHINGTON (AP) — Orders to U.S. factories for long-lasting manufactured goods fell in February with a key category that tracks business investment dropping by the largest amount since December.

Orders in a category which serves as a proxy for business investment spending fell 1.8 percent after a 3.1 percent rise in January. It was the biggest decline in the investment category since a 3.5 percent drop in December.

Economists saw the big decline in durable goods orders as evidence that the manufacturing sector remains under pressure.

Sal Guatieri, senior economist at BMO Capital Markets, said that the drop in orders for business investment suggested that capital investment would be a drag on overall economic growth in the first quarter. He said if next week's consumer spending report also comes in weaker than expected then he will have to trim his current 2.3 percent forecast for first quarter growth.

Manufacturing had a tough year and prospects remain uncertain for 2016. The sector is being hurt by economic weakness in major export markets and a strong dollar.

The rising value of the dollar against other currencies makes U.S. goods less competitive in foreign markets.

The large drop in demand for commercial aircraft reflected weakness in orders at airplane giant Boeing. Demand for military aircraft and parts fell 29.2 percent in February after a 97 percent surge in January.

The weakness in demand for nondefense capital goods excluding aircraft, the category used as a proxy for business investment, reflects in part trouble in the energy industry, which has suffered cutbacks and layoffs because of the big plunge in oil prices over the past year.