The maker of Post-it notes, industrial coatings and ceramics reported a 12 percent drop in profit to $1.04 billion, or $1.66 per share. 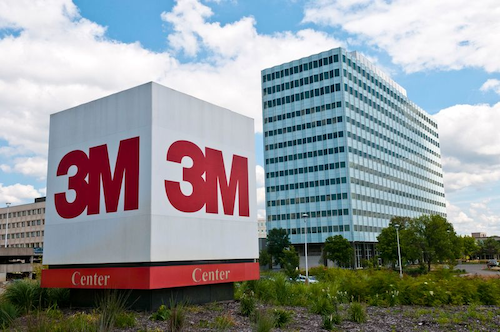 The maker of Post-it notes, industrial coatings and ceramics reported a 12 percent drop in profit to $1.04 billion, or $1.66 per share. Earnings, adjusted for restructuring costs, were $1.80 per share.

The results topped Wall Street expectations. The average estimate of eight analysts surveyed by Zacks Investment Research was for earnings of $1.62 per share.

Organic sales, which are closely watched as key measure, fell 1.1 percent. The figure excludes the impact of currency swings.

In October, the St. Paul, Minnesota-based company announced a plan to cut up to 1,500 jobs as part of a restructuring move.

3M Co. shares have decreased nearly 9 percent since the beginning of the year, while the Standard & Poor's 500 index has dropped 8 percent. The stock has fallen 16 percent in the last 12 months.