Fed Rate Rise Welcomed in Stock Markets Around the World

Though many markets were pumped up by the rate change, the oil and gas segment still remains fragile. 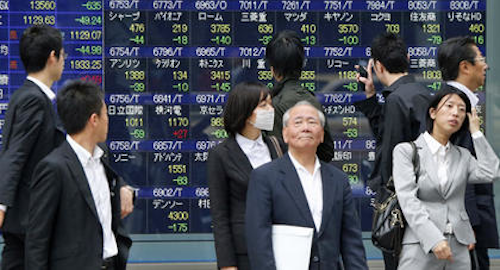 LONDON (AP) — Global stock markets surged Thursday as the Federal Reserve's decision to raise interest rates for the first time in nearly a decade ended a period of uncertainty that had been roiling investors for the past few months. The Fed's signal that rate rises over the coming months will be gradual also helped soothe concerns.

Taking their cue from Asia earlier, European stock markets posted big gains. Germany's DAX advanced 3.2 percent to 10,807 while the CAC-40 in France rose 2.3 percent to 4,732. The FTSE 100 index of leading British shares was 1.5 percent higher at 6,149. U.S. stocks were also poised for a solid open after advancing in the wake of the Fed's decision Wednesday — Dow futures and the broader S&P 500 futures were up 0.2 percent.

The Fed raised its main interest rate by a quarter of a point, a move that was widely anticipated in the markets. That rate had been near zero for seven years to foster an economic recovery after the U.S. mortgage crisis that sparked a global recession.

"If Fed Chair Janet Yellen was ever to pull a rabbit out of the hat, now was the time to do it and she succeeded magnificently," said Michael Ingram, market strategist at BGC Partners. "Punch-drunk markets have applauded."

The dollar was a big gainer too as investors welcomed the higher returns they will get from holding onto the U.S. currency. The euro was down a further 0.3 percent at $1.0854 while the dollar rose 0.1 percent to 122.47 yen.

In the oil markets, the mood remained fragile. Benchmark U.S. crude was down 13 cents at $35.39 a barrel in electronic trading on the New York Mercantile Exchange. The futures contract dropped $1.83, or 4.9 percent, to close at $35.52 in New York on Wednesday. Brent crude, a benchmark for international oils, was up 20 cents at $37.58 a barrel in London.