General Mills is selling its Green Giant and Le Sueur vegetable businesses to B&G Foods Inc. for about $765 million in cash. 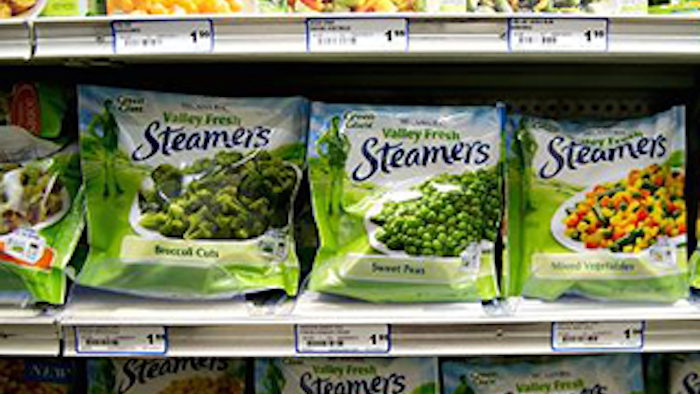 MINNEAPOLIS (AP) — General Mills is selling its Green Giant and Le Sueur vegetable businesses to B&G Foods Inc. for about $765 million in cash.

The company has been trying to adapt to shifting U.S. tastes, including a move away from many packaged foods. It took a $260 million charge in the fourth quarter to write down the value of its Green Giant frozen and canned vegetables business.

The company said at the time that the frozen foods sales have been declining and that people also seemed to be shifting to traditional "blocks" of frozen vegetables, which cost less than the vegetable blends and packages with sauces that Green Giant makes.

General Mills is shifting its focus to cereal and yogurt, as well as driving sales for its small but growing organic and natural foods segment.

The Minneapolis company — whose brands include Cheerios, Betty Crocker and Pillsbury — will still run Green Giant's European business and certain other export markets under license from B&G Foods, but it's cutting free its Green Giant and Le Sueur businesses in the U.S., Canada and some other markets.

General Mills plans to pay off debt and buy back stock with proceeds from the sale.

B&G Foods CEO Robert Cantwell said in a written statement that the acquisition will be the Parsippany, New Jersey, company's first entry into the frozen food business and he expects future growth opportunities.

General Mills Inc. anticipates the transaction, is targeted to close by year's end, will add about 5 to 7 cents per share to earnings in 2016, excluding transaction costs and a one-time gain on the sale.

Shares of General Mills gained a penny to $56.82 in premarket trading.