Fresh & Easy Grocery Chain to Shutter All of Its Stores

Fresh & Easy will shutter all 97 of its remaining stores in California, Arizona and Nevada and cease operations after nearly a decade of struggling to catch on with consumers. 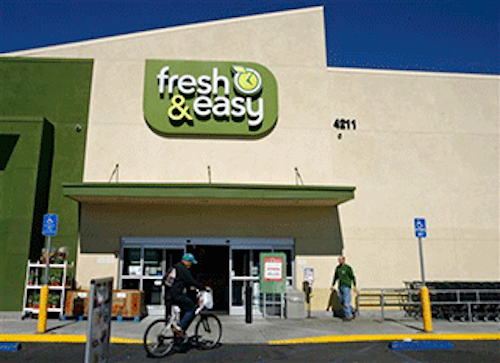 TORRANCE, Calif. (AP) — Fresh & Easy will shutter all 97 of its remaining stores in California, Arizona and Nevada and cease operations after nearly a decade of struggling to catch on with consumers.

The grocery chain headquartered in Torrance, California, announced Wednesday that all 3,000 of its employees will be laid off, the Daily Breeze newspaper reported.

"Over the last two years, we have been working hard to build a new Fresh & Easy," the company said in a statement. "While we made progress on stemming our losses and moving the business closer to break even, unfortunately, we have been unable to obtain financing and the liquidity necessary to fund the business going forward."

The company closed about 50 of its stores in March in the three states where it operates, trimming its number of outlets by about a third.

Fresh & Easy made a big splash in 2007, backed by British supermarket giant Tesco, which saw an opportunity to enter the U.S. market.

Its smaller store format of about 10,000 square feet was aimed at time-pressed consumers who could quickly grab fresh food for dinner on the way home and use self-service checkouts.

California-based The Yucaipa Cos. bought the chain out of bankruptcy in 2013.

The first layoffs are expected a week from Friday, the newspaper said.