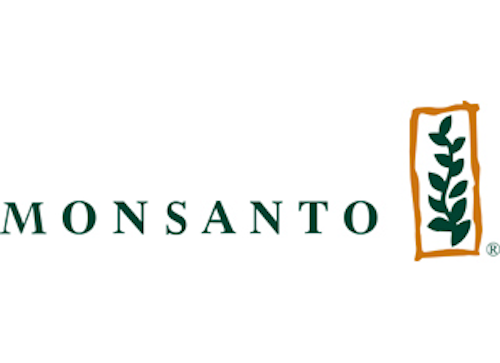 The company forecast for fiscal 2014 also came in below Wall Street expectations, and it revealed plans to buy farming software and data firm The Climate Corporation. The combination sent shares lower in morning trading.

Monsanto said separately it would pay $930 million in cash for the Climate Corporation, which was founded in 1996 by engineers from Google and other Silicon Valley companies. The company's technology uses weather forecasting and data analysis to help farmers plan their growing seasons.

Company executives said the purchase is part of a broader strategy to combine the company's biotechnology with the emerging field of agriculture-focused information technology.

"Looking into the future, growers will need every available tool to produce more yield on the same acre," said CEO Hugh Grant, during a call with analysts. "Strategically, we believe we're putting the best in class analytical capability on the largest global agricultural footprint."

Executives noted the advantages of marketing such software-based products, which can be continuously updated and resold without much oversight. That contrasts with the company's genetically-engineered seed business, which is subject to strict regulation by the U.S. Department of Agriculture and other government agencies throughout the world.

Analysts, on average, expected a loss of 43 cents per share, on sales of $2.26 billion, according to data provider FactSet.

The fourth quarter is generally Monsanto's weakest, because it occurs before farmers buy new seed for the next planting season.

The company's performance was hurt by a steep drop in sales of genetically modified soybean seeds, which fell 38 percent to $87 million. That drop was offset by higher sales of the company's best-selling product, genetically modified corn seeds, which rose 5.1 percent to $618 million. But overall seed sales still edged lower to $1.19 billion for the quarter.

Looking ahead, Monsanto said it expects to report earnings per share of $5 to $5.20 in fiscal 2014, including 14 cents from its planned acquisition of the Climate Corporation.

Analysts were looking for $5.31 in earnings per share for fiscal 2014, on average.

Monsanto, which has dominated the bioengineered-seed business for more than a decade, reiterated its expectation for ongoing earnings growth in the "mid-teens" for fiscal 2014, based on the company's international growth.

In June, Chinese regulators approved the importation of Monsanto's Intacta soybeans, the first variety of the bean that has been genetically modified to repel pests that eat the crop. The new soybean is rolling out in Brazil this season and will be available in Argentina the following year. Both countries are major exporters to China. Intacta is the company's first product specifically designed for use outside the U.S.

The company's biotech seeds have genetically engineered traits that the company says benefit farmers enough that they come out ahead, despite the seeds' higher cost.