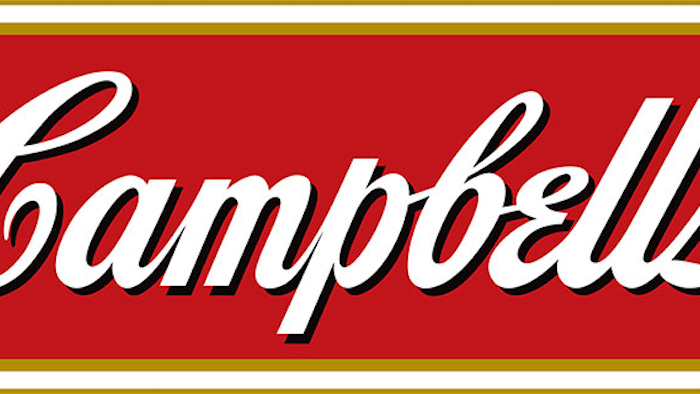 For the three months ended May 1, Campbell's revenue declined to $1.87 billion from $1.9 billion. That's below the $1.91 billion analysts polled by Zacks forecast.

President and CEO Denise Morrison said in a written statement that the company has also had "some challenges in V8 beverages and a weather-related disruption to its fresh carrot supply."

Earnings, adjusted for one-time costs and restructuring costs, were 65 cents per share. That matched the expectations of analysts surveyed by Zacks Investment Research.

Looking ahead, Campbell Soup Co. now anticipates its full-year adjusted earnings per share to grow by 11 percent to 13 percent, or $2.93 to $3 per share. Its prior guidance was for 9 percent to 12 percent growth.

Analysts expect full-year earnings of $2.95 per share, according to FactSet.