Lawmakers scrambling to find money to fix Illinois' multibillion dollar deficit are looking to sugary drinks as one potential source of revenue. 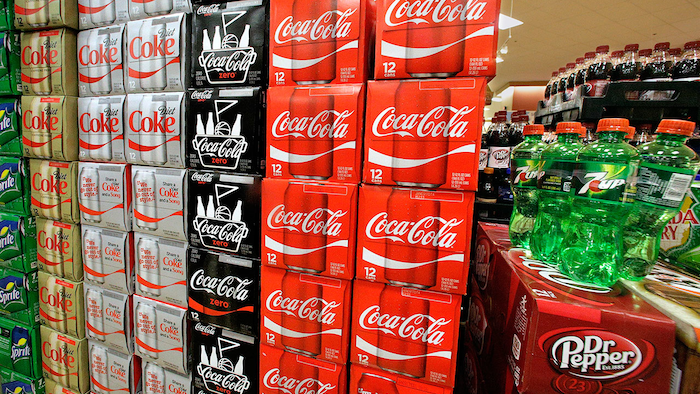 Taxing distributors of sodas, energy drinks and other sugary beverages was among the revenue-generating ideas a group of lawmakers proposed to Gov. Bruce Rauner and other legislative leaders last week to try to finally end a nearly yearlong impasse that's left the state without a budget.

Illinois is facing a $5 billion-and-growing deficit. Lawmakers are also considering raising the state income tax from 3.75 percent to 4.85 percent and making budget cuts as part of an overall deal Rauner wants contingent on getting pro-business, union-weakening reforms. And while a resolution to the budget stalemate remains elusive, those who support taxes on sugary drinks and the beverage industry are preparing for a possible fight on an idea that pops up frequently nationwide.

The proposal in Illinois would impose a penny-per-ounce tax on distributors of bottled sugar-sweetened beverages, syrups or powders. Estimates vary on how much the tax would bring in, from $375 million to $600 million a year.

Health advocates concerned about obesity rates and related illnesses like diabetes welcome the tax, while businesses say it would lead to job losses and pricier drinks.

"This is a regressive proposal that will increase grocery costs for hundreds of everyday products and hit those who can least afford it, and it will also do nothing to improve public health outcomes," said Jim Soreng, executive director of the Illinois Beverage Association.

With the tax in Illinois, the additional cost to distributors would be passed on to consumers and Soreng said the price of a three 12-packs of soda would jump from about $11 to nearly $17.

But supporters of the tax say discouraging consumers from buying sugary beverages is the whole point.

"If we can reduce the cost of health care, overall that's a benefit to the economy," said Elissa Bassler, CEO of Illinois Public Health Institute and executive director of the Illinois Alliance to Prevent Obesity.

In Illinois, 28 percent of adults were considered obese in 2012, according to the Centers for Disease Control and Prevention. About 20 percent of children in the state are obese, the Illinois Department of Public Health said.

"It is no different than how we look at the detrimental effects of cigarettes," said Chicago Democratic Sen. Donne Trotter, one of the legislators proposing the idea of a sugar tax. "It makes an impact on all of us."

Illinois lawmakers have proposed the tax for years without much momentum, but this time might be different, said another lawmaker behind the proposal.

"I think as the hole in our budget becomes deeper, the need to look for various sources of revenue brings the bill closer to realization," said Rep. Robyn Gabel, an Evanston Democrat.

Bassler said she hopes lawmakers use all of the revenue from the tax to help fund Medicaid and health initiatives to reduce obesity rates.

But the same reason the tax has momentum now makes it less likely lawmakers would use all the money for health programs. Gable said she expect most of the money would go into the state's main checking account.