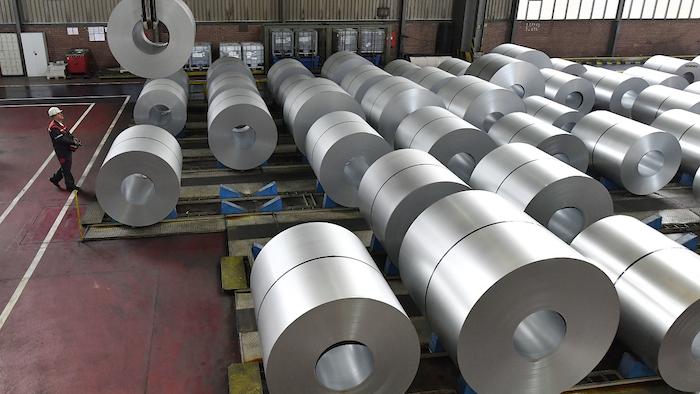 Under the agreement signed Saturday, each company will hold a 50 percent stake in the Netherlands-based joint venture called Thyssenkrupp Tata Steel B.V.

The merger, if approved by regulatory agencies, will create Europe's second-largest steel company, after ArcelorMittal, which is headquartered in Luxembourg. It will employ about 48,000 workers in Germany, Britain and the Netherlands.

The merger is expected to cost about 4,000 jobs, about half in Germany.

Labor representatives signaled their approval of the deal, saying that it brings clarity to a long period of insecurity.