Sears Holdings Corp. is considering selling its storied Kenmore brand along with other related assets. 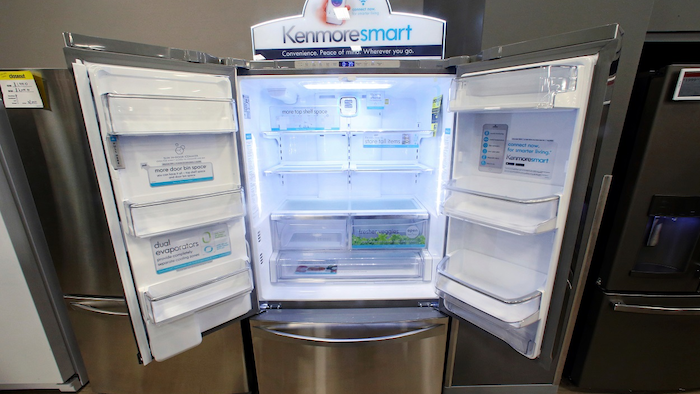 In this July 20, 2017, file photo, the Kenmore Elite Smart French Door Refrigerator appears on display at a Sears store in West Jordan, Utah. In a move announced Monday, May 14, Sears Holdings Corp. says a special committee of its board is starting a formal process to explore the sale of its Kenmore brand and related assets. Image credit: AP Photo/Rick Bowmer, File

Sears Holdings Corp. is considering selling its storied Kenmore brand along with other related assets.

The ailing company, which operates department stores under the Sears and Kmart names, says a special committee of its board is starting a formal process to explore the sale.

The move, announced Monday, comes almost a month after the retailer said it received a letter from its largest shareholder ESL Investments, headed by Sears Chairman and CEO Edward Lampert, expressing interest in all or some of the assets, which include Sears Home Services' home improvement business and the company's Parts Direct business.

Sears, based in Hoffman Estates, Illinois, said no assurance can be given any formal proposal will be made by ESL or any third party.

The company has sold off other major brands as it struggles to stay afloat with Kenmore a notable reminder of the powerhouse retailer it once was.