Dakota Carter was 4 years old when he found his calling inside his grandfather's garage. 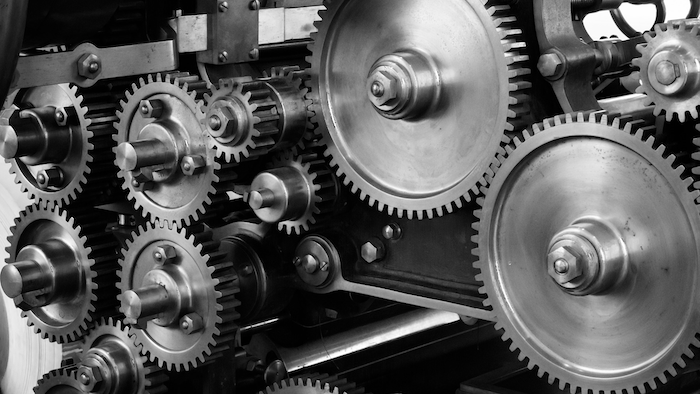 Dakota Carter was 4 years old when he found his calling inside his grandfather's garage.

He often hung around there to watch his grandfather doctor up the never-ending crawl of ailing cars in his makeshift auto repair shop. One day, Carter began helping and discovered he had a knack for fixing things, too.

"It seems easy because I can take it apart and put it back together until it works," Carter, now 19, said. "It's just the way my brain works. The more hands on, the better."

Carter recently handed in his last exam as a student at Charlotte High School and began working full-time as a mechanic at DuroTech Automotive in Potterville. He credits much of his success to his school's "Early Middle College," a program that allowed him to take technical classes at Lansing Community College and stay on a fifth year as a co-op student at DuroTech in lieu of traditional coursework.

Career pathways like Carter's might soon become more popular in Michigan. The term-limited Gov. Rick Snyder is making talent development his final priority through a proposal titled the "Marshall Plan for Talent."

The strategy, which Snyder has been circling the state to promote, aims to fund $100 million in scholarships, career counseling, teacher grants and career-oriented programs within high schools. Its end goal is to sustain collaboration between the education and business sectors — namely for jobs in professional trade, information technology and other high-demand fields.

"Employers and educators need to keep talking to each other," Snyder said during a visit to Big Rapids last month. "Let's revolutionize education so learning is a lifelong achievement of knowledge and success."

Simmering beneath this push for talent is the recent sting from Amazon passing over Detroit in the company's ongoing search for a second headquarters. The Seattle-based corporate giant in January snubbed Michigan's low corporate tax rate as well as the swaths of empty land in the Motor City and Grand Rapids in favor of 20 other cities.

Many believed the decision was anchored to Michigan's steadily deflating talent pool after the Great Recession — a lesson learned for the future, said Roger Curtis, director of the Michigan Department of Talent and Economic Development.

"There will be another one that's going to be the size and scope of Amazon," said Curtis, who is spearheading Snyder's Marshall Plan. "We need to be better prepared from a talent standpoint to show that company, whoever it is, that, 'Yes, you can come to Michigan.'"

Once the epicenter of a blossoming automotive and manufacturing industry, Michigan has yet to rebound from a financial crisis a decade ago that contributed to Detroit's filing for the U.S.'s largest municipal bankruptcy. Jobs are trickling back to the state, although much of Michigan's workforce remains ill-equipped to veer from the traditional industrial job path.

But according to numbers from the Michigan Department of Technology, Management and Budget, the state will have more than 800,000 career openings by 2024. Snyder's Marshall Plan hinges on the philosophy that filling those spots requires thinking outside the typical career trajectory of a K-12 education followed by a two- or four-year degree.

Not all education experts agree.

"If you're a good welder, but you got broader skills when welding becomes automated, that's fine," he said. "If you don't have it, you're in trouble. The same thing is going to happen with coding."

Glazer in March crunched numbers and determined that even within the technical-heavy sectors the Marshall Plan focuses on, the majority of workers have a bachelor's degree.

The House, too, dinged the Marshall Plan last month by granting it only $75 million in its budget — although for different reasons than Glazer's.

Rep. Tim Kelly, R-Saginaw Township, voted for the reduction because he believes Snyder is running out of time to implement a proposal with such sweep.

"The plan assumes we're going to have future administrations buy in and I think that's not always the case," Kelly said. "Priorities change with administrations, emergencies arise and different things take hold."

Snyder's two-term governorship comes to an end this year, which could be when Michigan's highest office flips parties. The only gubernatorial candidate championing Snyder's plan so far is Lt. Gov. Brian Calley.

A Senate committee is slated to take up two Republican-sponsored bills to form the Marshall Plan's talent investment fund in the coming days. Snyder, a businessman-turned-governor, remains faithful in his $100 million proposal — which he named after the U.S.'s original post-WWII Marshall Plan.

"The governor loves his history and he felt like the Marshall Plan — the way we amalgamated a huge amount of resources to rebuild Europe — was what we need to do for talent here in the state," Curtis said.