Long Shutdown Could Hurt Economy, A Short One Just 'A Blip'

A longer impasse, economists say, could rattle consumer and investor confidence, pulling stocks lower and dragging down the economy. 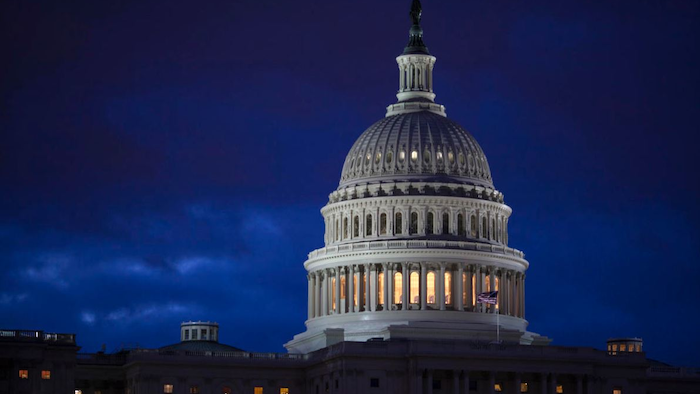 If the shutdown lasts just days or even a couple of weeks, the robust stock market that President Donald Trump has boasted about probably will emerge unscathed. A longer impasse, economists say, could rattle consumer and investor confidence, pulling stocks lower and dragging down the economy.

Economists and investment advisers interviewed by The Associated Press generally didn't foresee the shutdown that began Saturday lasting long enough to stifle the economy much. With pivotal elections in November, both parties would want to shield voters from any pain. Investors and consumers are feeling optimistic now based on the tax cut signed into law last month, and the economy is strong enough to power through a short shutdown.

But Randy Warren, CEO of Warren Financial Service, a Philadelphia-area investment advisory firm, said shutdown that drags on for six weeks or longer — an unimaginable scenario — could kill a bull market and discourage people from spending money. "These things start to pile up," he said Saturday. "When you start to doubt the future, then you start to doubt investing."

And that's among the reasons Warren and others don't see a lengthy stalemate.

"It seems unlikely at this point that it would be a four-week shutdown," said Beth Ann Bovino, chief U.S. economist at Standard & Poor's. "It will hopefully be a blip."

"Unless it meaningfully impacts the U.S. consumer and leads them to spend much less money, leading to some kind of major (economic) slowdown, it's not a big deal," said Sameer Samana, global equity and technical strategist for the Wells Fargo Investment Institute.

The economy could take a hit if national parks and monuments are closed or operations curtailed for a long period. Trips could be canceled, cutting vacation dollars that roll into communities near the parks. The Interior Department pledged to keep as many parks and public lands open as possible, but the pattern on Saturday was spotty. Some parks such as Yellowstone and Yosemite were open with limited services, but the Statue of Liberty in New York and the Liberty Bell in Philadelphia were closed.

After the 16-day government shutdown in October 2013, the Bureau of Economic Analysis estimated that it trimmed an annualized 0.3 percent from growth during the final three months of that year. The reduced growth was mostly because federal employees worked fewer hours.

Leslie Preston, a senior economist at TD Bank, said the economy is currently "strong enough to withstand" a similarly sized hit because growth is projected to be nearly 2.5 percent in the January-March quarter.