As one of his first acts as president, Trump rejected the far-reaching Pacific Rim trade pact known as the Trans-Pacific Partnership. 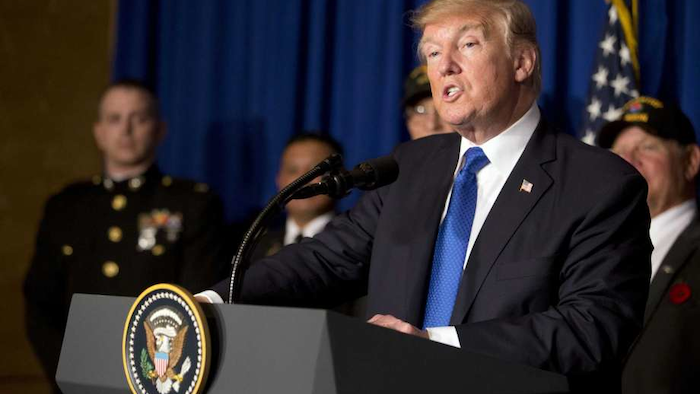 Promising to put "America first" in his trade practices, President Donald Trump used a speech in Vietnam Friday to denounce multi-nation agreements embraced by the region and deliver what appeared to be a rebuke to China, railing against trade practices he says have put Americans out of work.

"From this day forward we will compete on a fair and equal basis," Trump told a gathering of CEOs on the sidelines of the annual Asia-Pacific Economic Cooperation summit in Vietnam. "We are not going to let the United States be taken advantage of anymore. I am always going to put America first.

It was a striking change of tone from the day before, in China, where Trump had taken a friendlier approach toward the country as he sought to establish a more balanced trade relationship.

At issue during the lead-up of the trip: Whether the president would have a formal sit-down with Russian President Vladimir Putin. Trump had said it was expected, but the White House later said a formal meeting was not planned due to scheduling conflicts. The two leaders shook hands and greeted each other before a dinner Friday night, according to video of the event.

In his speech, Trump told executives gathered in the coastal city of Danang that he was happy to enter into bilateral trading agreements with any of the nations in the Indo-Pacific region — but only if they are reciprocal and fair.

"What we will no longer do is enter into large agreements that tie our hands, surrender our sovereignty, and make meaningful enforcement practically impossible," Trump said.

As one of his first acts as president, Trump rejected the far-reaching Pacific Rim trade pact known as the Trans-Pacific Partnership, disappointing many nations in the region, including the summit's host, Vietnam.

Leaders of the 11 remaining TPP members, representing roughly 13.5 percent of the global economy, were scheduled to meet on the sidelines of the APEC summit to seek an agreement in principle that would not require U.S. involvement.

But the prospects of that deal appeared in doubt Friday, as a meeting of the leaders of 11 countries still involved in the pact was delayed. There was no word on whether they had given up reaching agreement in Danang or were still working toward an agreement on how to move forward without U.S. involvement.

Trump also took aim at what he described as abusive trade practices he said had "hurt many people in our country." He described "jobs, factories and industries" being "stripped out of the United States and out of many countries" as a result.

Without singling out China by name, Trump argued the U.S. had adhered to World Trade Organization principles, only to be taken advantage of by counties that had ignored the rules and engaged in harmful practices such as product dumping, currency manipulation and government subsidizing of goods.

"We can no longer tolerate these chronic trade abuses and we will not tolerate them," he said.

In the speech, Trump said he had spoken "openly and directly" with Chinese President Xi Jinping during his visit about "about China's unfair trade practices and the enormous trade deficits they have produced with the United States." 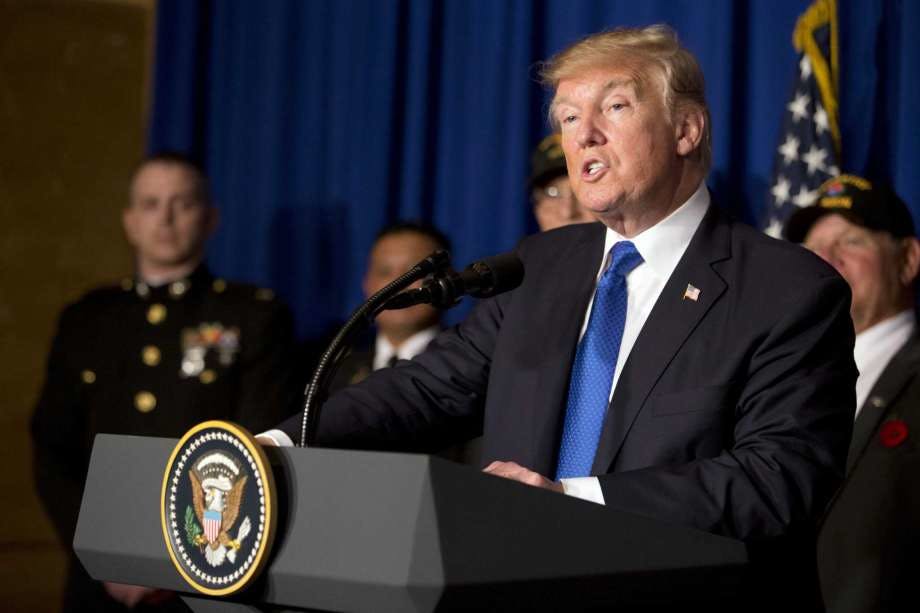 Trump said China's trade surplus, which stood at $223 billion for the first 10 months of the year, was unacceptable, and repeated his language from Thursday when he said he did "not blame China" or any other country "for taking advantage of the United States on trade."

But Trump went on to say that the U.S. would "no longer turn a blind eye to violations, cheating or economic aggression."

"We will no longer tolerate the audacious theft of intellectual property. We will confront the destructive practices of forcing businesses to surrender their technology to the state and forcing them into joint ventures in exchange for market access. We will address the massive subsidizing of industries through colossal state-owned enterprises that put private competitors out of business, all the time," he said.

All are allegations the U.S. has lodged against China.

Xi followed Trump to the microphone but in Danang did not directly respond to Trump's claims of trade unfairness toward the U.S.

Trump also continued to talk tough against North Korea and its development of nuclear and ballistic missiles weapons, as he has throughout the trip.

"The future of this region and its beautiful people must not be held hostage to a dictator's twisted fantasies of violent conquest and nuclear blackmail," he said.

APEC is the first of several summits Trump is scheduled to attend on his first official visit to Asia. It will be a change in pace the president, who has spent much of the week basking in elaborate welcome ceremonies and banquets between meetings with the leaders of Japan, South Korea and China.

Shortly before Trump landed, the White House announced he would not be having a formal meeting with Russian President Vladimir Putin, as Trump had said had been expected. White House press secretary Sarah Huckabee Sanders blamed scheduling conflicts on both sides, but said it was possible the leaders could have a less formal encounter in Danang or at a later regional conference in the Philippines.

Putin's spokesman Dmitry Peskov said "there have been contradictory signals and we don't have full understanding yet," according to Russian news wires. But he added: "Both presidents are in town, and their paths will cross one way or another."

U.S. Secretary of State Rex Tillerson had told reporters in Beijing on Thursday that there was no reason to schedule a meeting if the U.S. and Russia are unable to make significant progress on issues including Syria and Ukraine.

Both sides have been working to reach agreement on how they hope to resolve Syria's civil war once the Islamic State group is defeated. The potential understanding comes as an array of forces are near a final defeat of IS, the extremist group that once controlled vast stretches of both Iraq and Syria.