Trump To Pitch Tax Plan As Boon For Truckers

President Donald Trump will pitch his tax plan as a boon for truckers in Harrisburg, Pennsylvania on Wednesday. 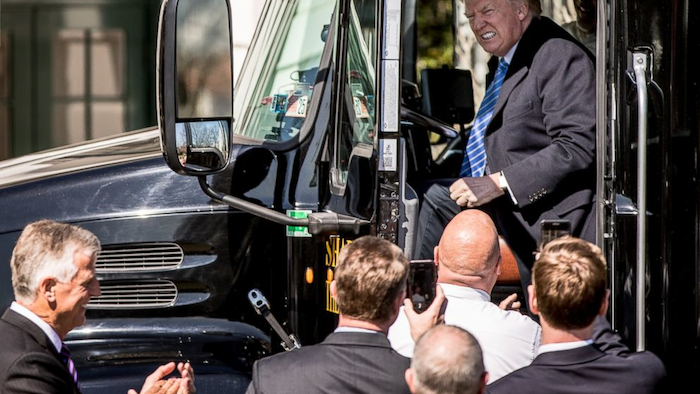 President Donald Trump will pitch his tax plan as a boon for truckers in Harrisburg, Pennsylvania Wednesday — the latest stop on a cross-country tour aimed at selling his tax reform proposal.

Trump will be speaking in front of an audience of roughly 1,000 people, including lots of truckers, against a backdrop of big rigs at a local air plane hangar, according to the White House. Trump is pitching a plan that would dramatically cut corporate tax rates from 35 percent to 20 percent, reduce the number of personal income tax brackets and boost the standard deduction.

At his latest stop, Trump will argue that his tax reform framework will benefit truckers by lowering their tax rates, boosting manufacturing, and making it easier for families to pass their trucking businesses onto their children, the White House says.

"When your trucks are moving, America is growing. That is why my administration is taking historic steps to remove the barriers that slow you down," he's expected to say, according to excerpts provided by the White House. "America first means putting American truckers first."

Trump has left it up to Congress to fill in many specifics of his plan, which leaves out details such as which income levels his new tax brackets would apply to. 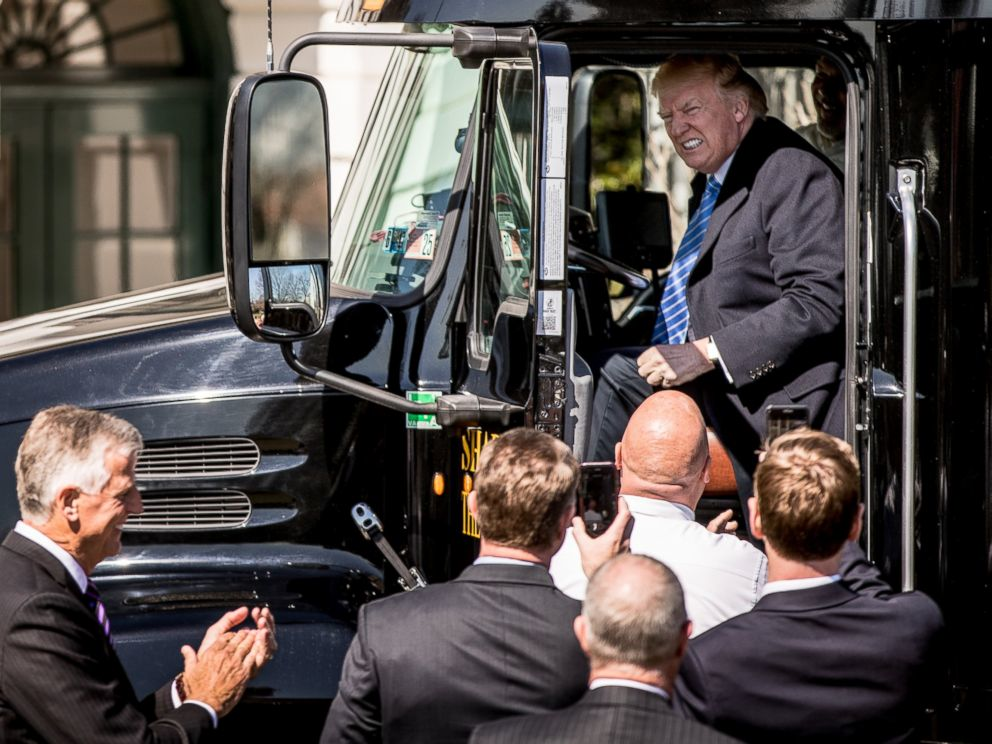 Trump's proposal includes cutting the top income tax rate, getting rid of the alternative minimum tax, and eliminating the federal estate tax. He also wants to encourage multinational companies to bring back, or repatriate, cash that they've kept overseas. All told, there's more than $1 trillion in cash held abroad by S&P 500 companies, according to Deutsche Bank.

"We will eliminate the penalty on returning future earnings back to the United States and we will impose a one-time low tax on money currently parked overseas so it can be brought back home to America, where it belongs," Trump is expected to say Wednesday, adding that his "Council of Economic Advisers estimates that this change alone would likely give the typical American household a $4,000 pay raise."

The $4,000 in additional income estimate comes from a back of the envelope calculation by White House economics adviser Kevin Hassett based on companies returning 71 percent of their foreign profits over the course of eight years.