The Federal Reserve is keeping its key interest rate unchanged but signaling that it will likely raise rates before year's end. 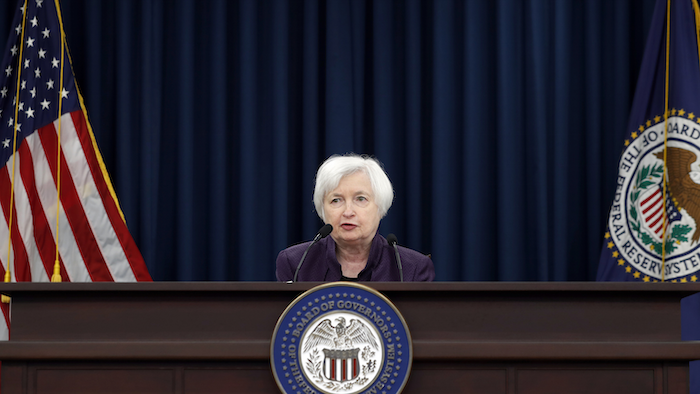 The Federal Reserve is keeping its key interest rate unchanged but signaling that it will likely raise rates before year's end.

The Fed said in a statement ending its latest policy meeting Wednesday that the U.S. job market has continued to strengthen and economic activity has picked up. But it noted that business investment remains soft and inflation too low and that it wants to see further improvement in the job market.

The central bank characterized the near-term risks to its economic outlook as "roughly balanced." It was the first time it has used that wording since late last year, when it most recently raised rates. Most analysts have said they think the Fed will next raise rates in December.

The Fed said its policy committee had concluded that "the case for an increase in the federal funds rate has strengthened but decided, for the time being, to wait for further evidence of continued progress toward its objectives."

"The Fed appears to be firmly on track for a December hike," Paul Ashworth, chief US economist at Capital Economics, said after the statement was issued.

Stock prices rose after the Fed issued its statement and extended their gains during a news conference by Chair Janet Yellen in which she laid out her case for holding off on a rate hike for now. Major stock averages closed up around 1 percent for the day.

In her news conference, Yellen offered a simple explanation for why the Fed didn't raise rates: The economy can still grow without hurting itself.

She noted that historically low rates haven't caused the economy to overheat as some analysts feared they would. Steady job gains have pulled discouraged workers back into the job market and yet inflation remains below the Fed's 2 percent target rate.

"The economy has a little more room to run than previously thought," Yellen said.

Indeed, the Fed made clear in updated forecasts it issued Wednesday that it expects growth to remain tepid for at least three years. It expects the economy to expand just 1.8 percent this year and by an almost equally sluggish 2 percent in both 2017 and 2018.

The policymakers also forecast that inflation will nearly reach the Fed's target next year before achieving 2 percent in 2018 and 2019. Inflation has remained below that level for over three years.

For the first time since Yellen became Fed chair in February 2015, there were three dissents to the Fed's statement. The three officials are all presidents of regional Fed banks — Esther George of Kansas City, Loretta Mester of Cleveland and Eric Rosengren of Boston. All wanted the Fed to raise its key rate at this meeting.

"This seems to have been one of the most divisive FOMC meetings in recent memory," Ashworth said.

The Fed's next meeting will occur just a week before the November elections, and many analysts think it wouldn't want to raise rates so near Election Day. That's why the last meeting of the year in December is seen as the most likely time for the next rate hike — as long as the economy keeps improving in line with the Fed's expectations.

In its updated forecasts, the Fed lowered its expectation for the long-range level of its benchmark interest rate to 2.9 percent, from the 3 percent it had forecast in June and 3.5 percent before then.

Until recently, many Fed watchers had thought a rate hike was likely this week. They believed that the Fed, starting with a late-August speech by Yellen in Jackson Hole, Wyoming, was preparing investors for an imminent increase. 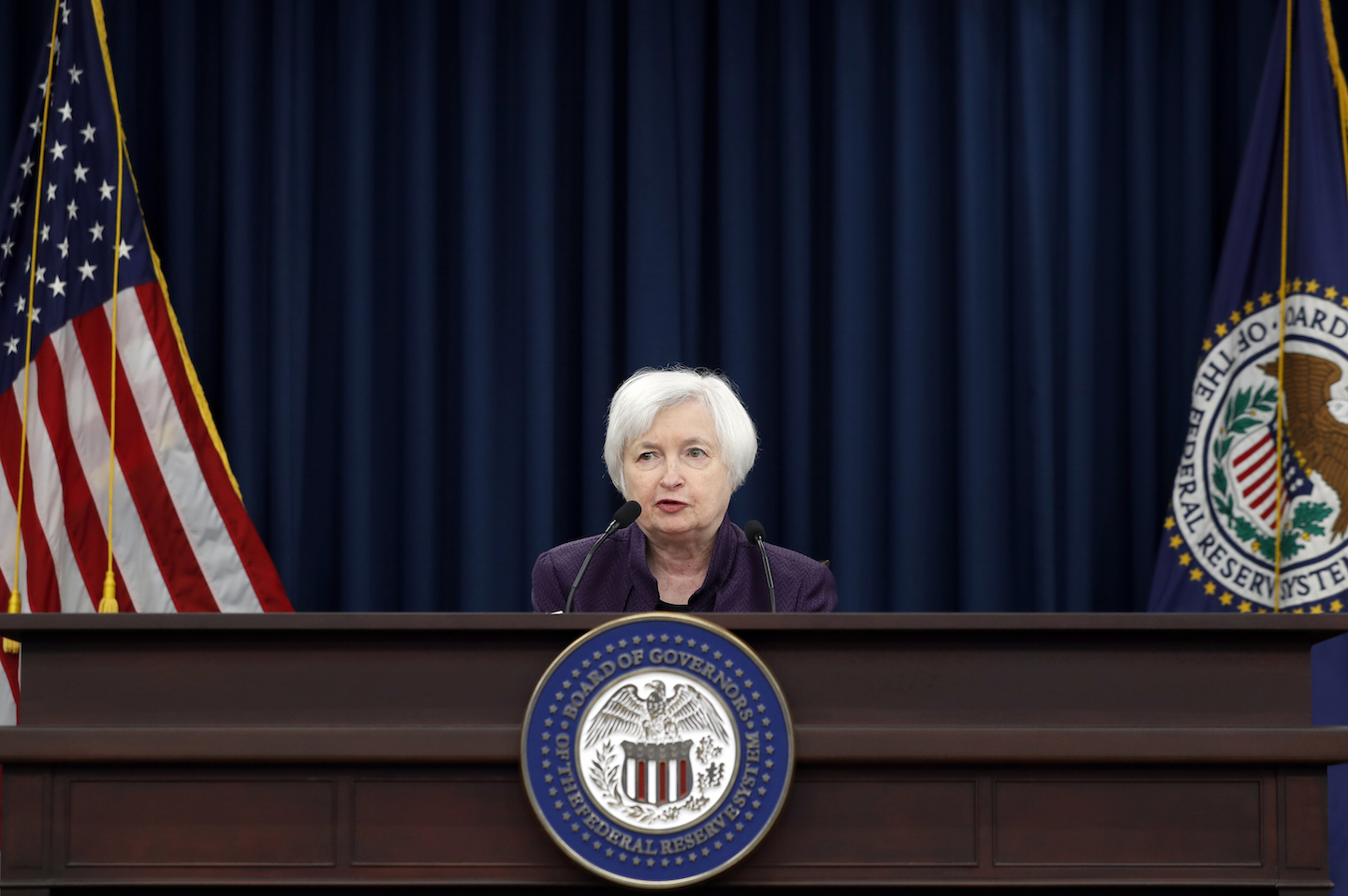 Other Fed officials, including Vice Chairman Stanley Fischer, made similar observations, seemingly part of a collective signal that a September rate hike was probable if not definite.

Sentiment shifted, though, after Lael Brainard, a Fed board member and Yellen ally, laid out the case for delaying a resumption of rate increases for now. Brainard's comments, coupled with a string of weaker-than-expected economic data, led watchers to conclude that there will likely be no rate increase this week.

Job growth slowed in August. A manufacturing gauge slid back into recession territory. An index that tracks the services economy, where most Americans work, fell to its lowest level since 2010. U.S. shoppers retreated in August to depress retail sales after four straight monthly gains.

And perhaps most critical for some Fed officials, inflation has yet to make significant progress in rising toward the central bank's 2 percent target range.

The Fed's statement Wednesday was issued hours after the Bank of Japan, struggling to rejuvenate an ailing economy, set a more ambitious goal for raising inflation and announced steps meant to raise the profitability of financial firms.

Analysts expressed doubt, though, that the Bank of Japan's new target would change the mindset of shoppers and businesses long used to a stagnant economy and flat or declining prices. They said they expected Japan's central bank to eventually slash its policy rate further.