Americans Got A Raise Last Year For First Time Since 2007

Americans finally got a raise last year after eight years of stagnating incomes. 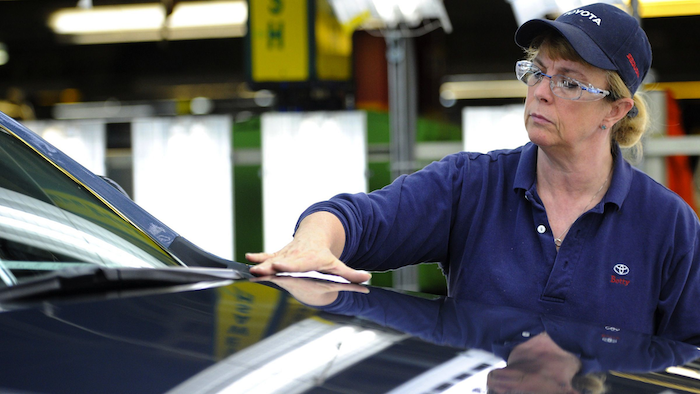 The typical U.S. household's income rose 5.2 percent in 2015 to $56,516, the Census Bureau said Tuesday. Even with the solid gain, that remains below the median household income of $57,423 in 2007 when the Great Recession began. The median is the point where half of households fall below and half are above.

Still, the government's annual report on incomes and poverty portrays an economy that is finally starting to benefit a wider range of Americans, roughly six years after the recovery began. Middle-class incomes had seen little improvement since the recession ended in 2009, even as the unemployment rate fell and hiring picked up.

"It's really a broad, broad increase in median incomes, and one of the largest increases... that we've ever had," said Trudi Renwick, assistant division chief at Census.

Median incomes picked up in all regions of the United States, across all age groups, and for most ethnic and racial groups, she said.

The figures could also impact the presidential campaign. Median household income is now higher than in 2009 when President Obama took office. It took six years to reach that point, a trend that likely has contributed to insurgent candidacies by GOP nominee Donald Trump and Sen. Bernie Sanders, an independent who campaigned for the Democratic nomination.

The proportion of Americans in poverty also fell sharply last year, to 13.5 percent from nearly 14.8 percent. That is the largest decline in poverty since 1999. There were 43.1 million people in poverty last year, 3.5 million fewer than in 2014.

Americans are also likely benefiting from an increase in middle-income jobs. Many of the jobs created in the early years of the recovery have been in low-paying sectors, such as fast food restaurants and retail.

But according to a report from the Federal Reserve Bank of New York, in 2014 and 2015 the growth of middle-income jobs in sectors such as shipping and construction outpaced the gains in lower-paying and higher-paying work.

The poorest Americans saw the biggest income gain, the Census report found, driven by widespread increases in the minimum wage and increasing competition for low-wage jobs.

Income for the poorest 10 percent of households jumped 7.9 percent, while for the wealthiest 10 percent, incomes rose just 2.9 percent. That narrowed the gap between the two groups by one of the largest amounts on record.

The report also found that women on average earned 80 percent of the income of men in 2015, a slight improvement from 79 percent in the previous year.