Chinese Company To Build $1B Mill In South Arkansas

Arkansas Governor Asa Hutchinson said the project will create 250 jobs and is one of the largest private investments in the state's history. 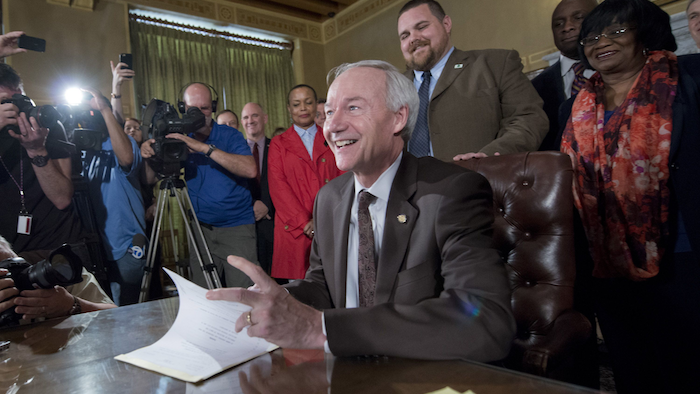 Sun Paper officials were joined by Arkansas Gov. Asa Hutchinson to announce the project. Hutchinson said the project will create 250 jobs and is one of the largest private investments in Arkansas' history.

Based in Shandong Province, Sun Paper employs 10,000 people worldwide and is China's largest privately owned paper-making enterprise, according to the company's website.

The new plant will built about 65 miles southwest of Little Rock in the city of Arkadelphia. An Arkansas economic development official said earlier this month that Sun Paper was also considering Mississippi for the mill.

"The fact Sun Paper is investing more than $1 billion in south Arkansas speaks volumes of their confidence in our workforce and pro-business environment," Hutchinson said in a statement. "This is among the largest private investments in the state's history and the impact will be felt for generations."

Hutchinson, a Republican, traveled to China last November and met with Sun Paper officials. He signed a letter of intent then to study the feasibility of building the plant in Arkansas.