With U.S. inflation still below the Fed's target rate, many economists see little likelihood of a rate increase even before the second half of the year. 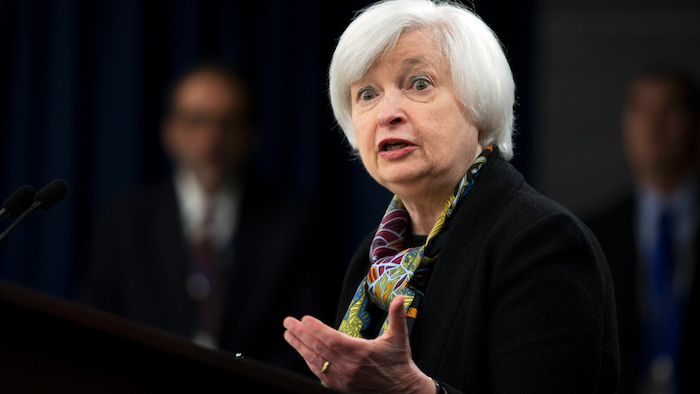 The U.S. job market is healthy. The stock market is up. Home prices are rising. Yet as the Federal Reserve prepares to meet this week, it seems in no mood to resume raising interest rates from ultra-lows.

With the global economy struggling and U.S. inflation still below the Fed's target rate, many economists see little likelihood of a rate increase even before the second half of the year.

The outlook for the world economy was downgraded this month by the International Monetary Fund, which warned of the risk of another international recession. Any major global slump would, in turn, hinder U.S. growth.

A sharp economic slowdown in China — the world's second-largest economy after the United States — has already hurt much of the developing world. Europe is straining to gain any momentum, and Japan is hobbled by wary consumers and an aging population.

Even in the United States, key sectors like manufacturing and energy have been bruised by a strong dollar and shrunken oil prices. Consumers have barely stepped up their spending this year.

And on Thursday, the government is expected to estimate that the economy grew at an annual rate under 1 percent in the January-March quarter. Some forecasters think growth might have been as weak as 0.3 percent, which would mean the economy nearly stalled out last quarter.

"There are number of indications that U.S. economic growth is not strong and is in fact sputtering," said Sung Won Sohn, an economics professor at California State University, Channel Islands. "That is not the kind of environment where the Fed wants to be raising interest rates."

In the meantime, though, U.S. employers have been adding jobs at a consistently vigorous pace. Layoffs have dwindled to unusually low levels. And since hitting a 2016 low on Feb. 11, the Dow Jones industrial average has surged 13 percent.

But since raising rates from record lows in December, the Fed has grown concerned about the economic pressures overseas and has signaled its willingness to wait for those pressures to ease. The minutes of their March meeting noted that several Fed officials felt that raising rates again in April "would signal a sense of urgency they did not think was appropriate."

The Fed's rate hike in December was its first in nearly a decade, and it ended a seven-year period in which the central bank had kept its benchmark rate near zero. The Fed had taken that and other extraordinary steps during the financial crisis to try to bolster confidence and stimulate the economy. This year, with the economy having made vast strides since the recession ended in 2009, further rate increases were expected. The Fed itself had predicted four rate hikes in 2016. 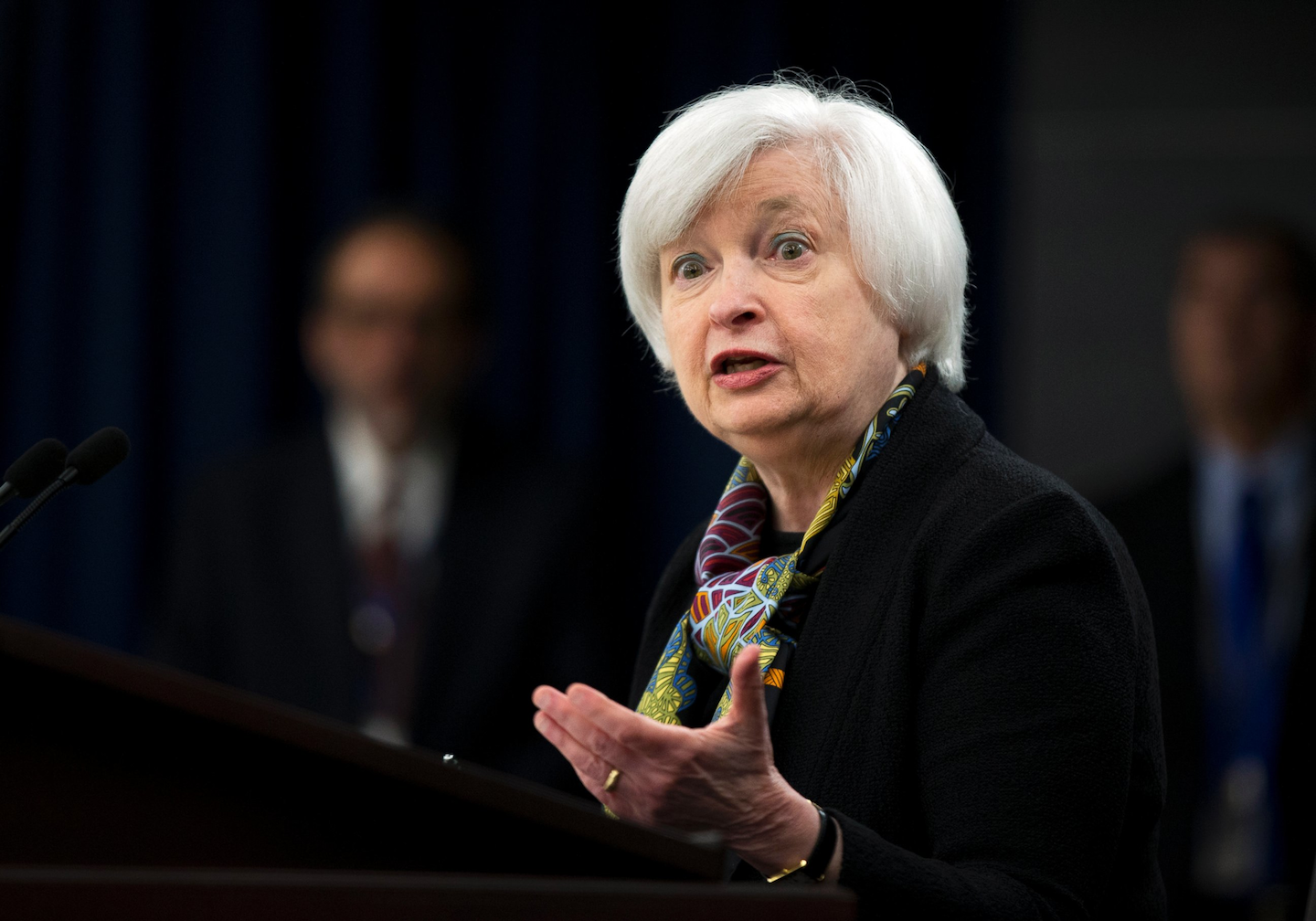 But as global markets sank and concerns about the global economy intensified early this year, the Fed held its key rate steady.

Not all Fed officials favor a go-slow approach. Esther George, president of the Fed's Kansas City regional bank, dissented at the March meeting, saying she preferred another rate hike. She may dissent again this week, and she might not be alone. Other officials, including Loretta Meister of the Fed's Cleveland regional bank, have expressed concern that the central bank may fail to avert high inflation if it delays raising rates much longer.

Still, a solid majority of officials appear to support the cautious approach being pursued by Chair Janet Yellen. In her most recent speech on the economy, Yellen said she still envisioned only a gradual pace of rates increases in light of global threats. Those remarks helped fuel the rally on Wall Street.

One factor in the belief that the Fed won't raise rates by its June meeting is that it will want to avoid jolting financial markets around then, less than a week before Britain holds a referendum on whether to leave the European Union. Analysts say a vote for a British exit from the EU could rattle markets and perhaps set back the Fed's efforts.

Other economists also note that few Fed officials have raised the possibility of a rate hike by then.

"The Fed doesn't like to surprise markets," said Diane Swonk, chief economist at Diane Swonk Economics in Chicago. "I am not sure they will have the confidence to send a signal this week that June is a go for a hike."

The statement the Fed will issue when its meeting ends Wednesday will be read for any signals of possible future moves. The betting is that it won't send any clear signal.

David Jones, chief economist at DMJ Advisors, said he still foresees two rate hikes this year, in June and December. He said that by the June meeting, he thinks the Fed will have enough evidence that economic growth has accelerated.

"The Fed keeps saying they are very much data-dependent, and I am looking for a second-quarter bounce back," Jones said.

Sohn said he expects one rate hike at most in 2016 — in September, before the presidential election campaign enters its final stretch.

"And I would not be surprised if there is no Fed hike this year," Sohn said. "I think the Fed will remain concerned about the impact a weak global economy is having on the United States."