The default highlights the decline of once-dominant heavy industry in Beijing. 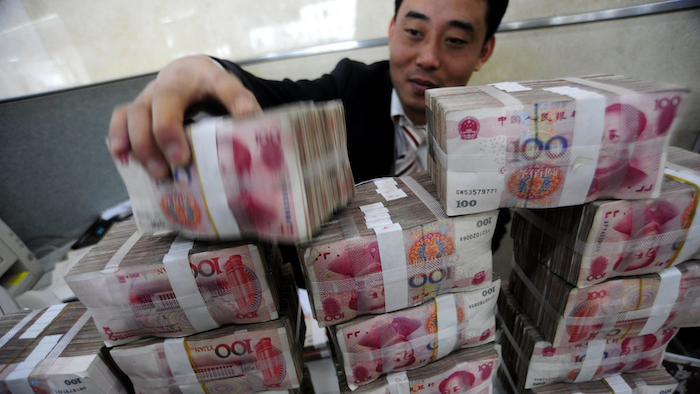 Shanshui, headquartered in the eastern city of Jinan, cannot repay any of a 2 billion yuan ($315 million) note due Thursday, said a man who answered the phone in its investor relations department.

"The company has no money to pay investors," said the man, who refused to give his name.

On Wednesday, Shanshui asked a court in the Cayman Islands, where it is incorporated, to appoint a liquidator to wind down its operations.

That shift in attitude "will obviously lead to more default cases," said Ivan Chung, who is in charge of Greater China credit research for Moody's Investors Service.

Earlier official efforts to stave off defaults by other borrowers with loans from state banks or other aid prompted complaints Chinese authorities were wasting money. The implicit guarantee meant interest rates failed to reflect default risks, a key function of bond markets.

The most vulnerable companies are in steel, mining, solar equipment and other sectors where debts are high and supply exceeds demand, Chung said.

"Private enterprises with poor corporate governance will be vulnerable too because it will be difficult to hide their weaknesses and problems in a down cycle," he said.

Until now, real estate developers and other private companies have been able to issue debt at interest rates almost as low as that paid by government-linked entities that face little likelihood of default.

"The market appears to be grossly mispricing risks," Bank of American Merrill Lynch analysts said in a report last month.

In January, developer Kaisa Group Holdings Ltd. became the first Chinese company to default on debt issued abroad when it missed a $23 million interest payment. In April, a manufacturer of power equipment, Baoding Tianwei Group Co., became the first state-owned defaulter when it failed to make an 85.5 million yuan ($13.8 million) payment to creditors.

Defaults still are low in a 40 trillion yuan ($6.3 trillion) Chinese bond market with some 3,000 issuers, said Chung. He said about one-third of that is corporate debt.

The ruling party has yet to allow a default by a major government company, despite a reform plan issued in September that calls for state enterprises to become financially independent.

SinoSteel Corp., a steel producer that is part of the top tier of state companies owned by the central government, was due to miss a Sept. 22 interest payment on 2 billion yuan ($315 million) in debt. Hong Kong news reports said the Cabinet's planning agency intervened and told investors to wait until Nov. 16 to be repaid.

Shanshui was among suppliers of steel, cement, factory machinery and other industrial goods that grew rapidly during the past decade's investment boom that propelled China's annual economic growth to a high of 14.2 percent in 2007.

Many industries were left with excess production capacity, leading to price-cutting wars and heavy losses. Conditions worsened as growth declined to 2014's two-decade low of 7.4 percent.

The company warned this month it had too little cash to service its debts.

In a Nov. 5 announcement, its chairman said the crunch was worsened by a struggle between two groups of investors for control of its board. It said that made creditors unwilling to extend loans.