The move comes at a time when analysts say market forces are putting downward pressure on the yuan. 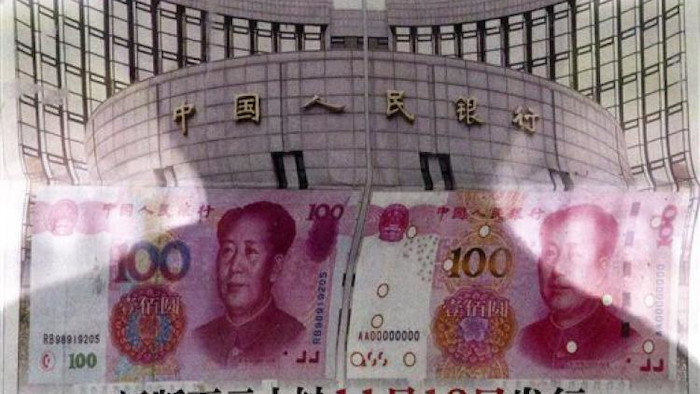 China announced Tuesday it will allow its tightly managed yuan to trade freely by 2020, potentially easing trade tensions with the United States and other nations.

Chinese leaders agreed last week to make the yuan a "freely tradable and freely usable currency" by the end of their latest long-range development plan in 2020, the ruling Communist Party said in a statement carried by the official Xinhua News Agency.

The United States and other governments have pressed Beijing for years to end controls they complained kept the yuan undervalued, giving Chinese exporters an unfair price advantage. Some American legislators had demanded punitive tariffs on Chinese goods in retaliation.

Beijing has been gradually expanding use of the yuan abroad for trade but restricts the daily movement of its exchange rate and the flow of money into and out of China.

Chinese leaders have said for years they eventually would allow the yuan to be freely traded. But they said that would require extensive reforms to China's state-run financial system to make banks and other entities capable of coping with more abrupt changes in interest rates and financial flows that might result from that.

Tuesday's one-sentence party statement gave no indication what changes in currency regulation were to come or when.

The announcement comes at a time when analysts say market forces are putting downward pressure on the yuan. That could mean a loosening of controls would cause the currency to weaken, making the decision more politically acceptable domestically by reducing the price of Chinese exports and helping exporters who are struggling with weak global demand.

At the same time, the party plans to switch to a "negative list" in regulating foreign exchange, the statement said. That would allow companies to do whatever is not explicitly prohibited, instead of only what regulators say is allowed.

The party said it also would promote the yuan's addition to the basket of currencies used by the International Monetary Fund to determine the value of its in-house currency, known as Special Drawing Rights. Gaining a place alongside the dollar, euro, yen and British pound would be a political trophy reflecting China's growing financial importance.

Beijing rattled global markets Aug. 11 with a surprise change in its exchange rate mechanism to make the yuan more market-oriented. That resulted in the yuan falling by 2 percent, which prompted suggestions it was devaluing the currency to help struggling Chinese exporters.

The yuan's value is set each day based on a basket of currencies that is believed to be dominated by the U.S. dollar. That meant the yuan rose as the dollar jumped over the past year, hurting exporters and giving Beijing an incentive to allow more flexibility.