The $2.7 billion sale is part of ConAgra's plan to focus more on name brands. 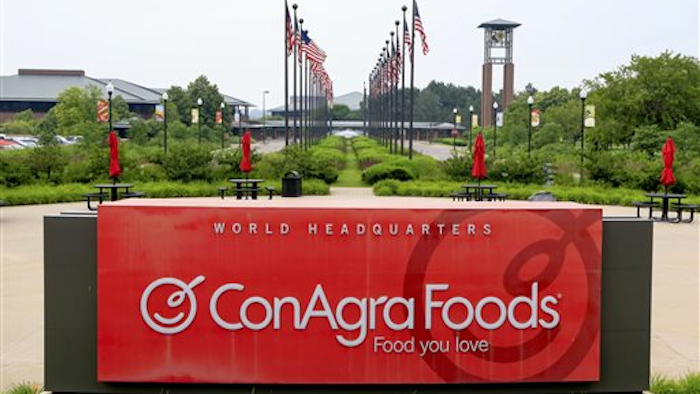 ConAgra Foods Inc. is selling most of its private label operations to TreeHouse Foods Inc. for about $2.7 billion as part its plan to focus more on name brands including Chef Boyardee and Slim Jim.

Omaha-based ConAgra initially announced plans to sell the unit in June and the deal is expected to close in the first quarter. It will keep some minor private label operations including its canned pasta, cooking spray, and peanut butter and pudding offerings along with several branded products that were bundled into the unit.

It will also boost the company's employee base to more than 16,000 people and give it a total of more than 50 manufacturing facilities.

The deal comes one month after ConAgra said it will cut 1,500 jobs, or about 30 percent of its office-based workforce, and move its headquarters to Chicago from Omaha, Nebraska. The restructuring moves are part of the company's plan to make the company leaner and develop products to meet changing consumer tastes as people seem to seek out less processed and healthier foods.

ConAgra had been facing pressure from major stockholder Jana Partners, which said ConAgra's results have been disappointing since it bought store brand business Ralcorp for $5 billion two years ago.

Meanwhile, ConAgra expects to have about 700 workers in Chicago by next summer, including top executives and it will keep about 1,200 employees in Omaha to handle research and development, supply chain management and some administrative functions. About 1,000 people will lose their jobs in Omaha and roughly 300 Omaha jobs will move to Chicago.

Overall, it expects about $345 million in one-time charges over the next two to three years related to the restructuring.