The industry should begin on a small and experimental scale, state officials say. 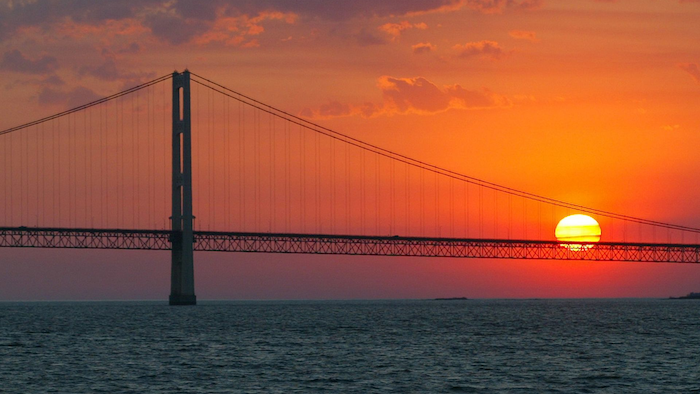 If Michigan allows commercial fish farming in the Great Lakes, the industry should begin on a small and experimental scale to enable careful monitoring of the effect on the environment and wild fish populations, scientists said in a report to state officials.

The recommendation was among many in five reports submitted by a panel of scientists, economists and other experts appointed to advise regulators considering whether a process known as "net-pen aquaculture" would be suitable for Great Lakes waters within Michigan's boundaries.

The state departments of Environmental Quality, Natural Resources and Agriculture and Rural Development requested the study and recently posted the reports online.

State officials say they've heard from two operators interested in raising rainbow trout in floating enclosures in Lake Michigan and Lake Huron. The fish would remain inside the large nets until big enough for the consumer food market. But no permit applications have been submitted.

"There are a lot of concerns that would have to be addressed for any type of net-pen facility to move forward," said Tammy Newcombe, senior water policy adviser for the DNR. A public comment period will be scheduled for November, she said.

Supporters say properly managed net-pen farms can operate without damaging the environment. A 2014 report by Michigan Sea Grant said they could be a key segment of an eventual $1 billion aquaculture industry in the state.

The Michigan Environmental Council said Friday that the newly released reports show the risks aren't worth the potential benefits.

"If one thing goes wrong, it could sacrifice the quality of the Great Lakes for years to come," said Sean Hammond, deputy policy director of the council.

The group supports a bill introduced last month by state Sen. Rick Jones, a Republican from Grand Ledge, that would ban commercial fish farming in the Great Lakes.

The reports don't take positions for or against the practice but discuss environmental, economic and regulatory issues that could arise. They are intended to provide background information for regulators who may have to rule on future permit applications, Newcombe said.

The scientific panel, led by biologist Roy Stein of Ohio State University, said any net-pen farms should begin with "pilot projects" that would be closely monitored, with strict requirements for net location, waste control, disease prevention and other factors.

Another report, produced by Michigan State University's Center for Economic Analysis, said two hypothetical caged-trout operations could be expected to produce a combined 2 million pounds of trout annually, with a value of $6.6 million. Raising and processing the fish could be expected to create about 17 jobs, the report said, while spinoff economic activity could generate an additional $3.6 million and perhaps 27 jobs.