Ratepayers chipped in during nuclear plants' lives to set aside money to tear down reactors. 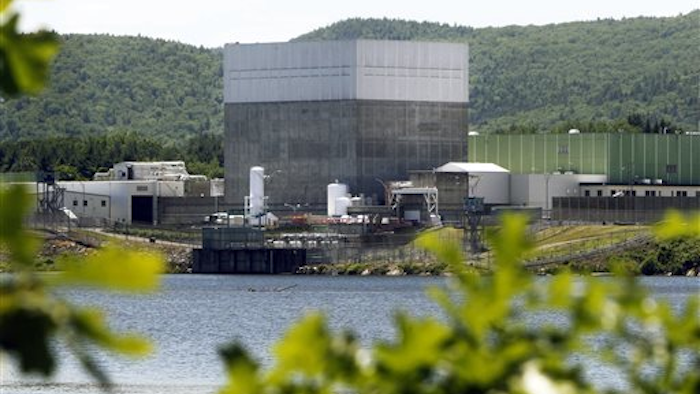 With a federal promise to take highly radioactive spent fuel from nuclear plants still unfulfilled, closed reactors are dipping into funds set aside for their eventual dismantling to build waste storage on-site, raising questions about whether there will be enough money when the time comes.

It violates Nuclear Regulatory Commission rules for the plants to take money from their decommissioning trust funds to pay for building the concrete pads and rows of concrete and steel casks where waste is stored after it is cooled in special storage pools. But the NRC is granting exemptions from those rules every time it is asked.

"All of the plants that have permanently shut down in recent years have sought, and been approved for, the use of decommissioning funds for spent fuel storage costs," NRC spokesman Neil Sheehan wrote in an email in response to questions from The Associated Press this past week.

These include the Kewaunee plant in Wisconsin, San Onofre 1 and 2 in California, Crystal River 3 in Florida, and Vermont Yankee in Vernon, in Vermont's southeast corner, which closed at the end of last year. The Zion 1 and 2 reactors in Illinois, which shut down in the late 1990s, had gotten a similar OK to use decommissioning money for spent fuel storage, Sheehan said.

Ratepayers chipped in during nuclear plants' lives to set aside the money it would take eventually to tear down reactors, remove their radioactive components and restore the sites. It was not envisioned they also would have to pay for indefinite storage of spent fuel on the roughly 100 nuclear plant sites around the country.

"You build power plants near water because you have to cool them, and you build nuclear waste storage sites away from water" because of the threat of radioactive materials reaching it, Gundersen said.

"It would be much better to get the stuff underground where terrorists couldn't fly a plane into it," he said.

Nuclear industry spokespeople, government officials and industry critics agree the retirement fund raids have been triggered by the failure to date of the U.S. Department of Energy to open a permanent disposal site for spent nuclear fuel. For years, the government had been planning a disposal site at Nevada's Yucca Mountain, but that plan has been scuttled by a lack of funding from Congress.

That has left reactors redesigning the racks in their spent fuel pools to accommodate more of the waste and expanding into "dry cask" storage, both of which Vermont Yankee did in the years before its owner, Entergy Corp., closed the plant at the end of last year because it was becoming less competitive against electricity generated with cheap natural gas.

The spent fuel bottleneck leaves closed and soon-to-close nuclear plants with the prospect that for the indefinite future, they will look like the site of the former Maine Yankee plant. That plant was permanently shut down in 1997, nearly two decades ago. Today, the reactor is gone, but the site in the coastal town of Wiscasset still features 60 steel canisters encased in concrete that contain the 550 metric tons of spent fuel the plant generated in its 25-year life. The site is guarded 24 hours a day, 7 days a week.

Vermont Yankee's decommissioning fund already is short enough — it contains about half the estimated $1.24 billion cost of dismantling the reactor, removing the waste and restoring the site — that the plant plans to follow an NRC-allowed procedure called "SAFSTOR," in which the closed reactor is mothballed for up to 60 years in hopes the fund will grow enough to cover the cost.

Vermont Yankee spokesman Martin Cohn said Entergy had taken out a $145 million line of credit to cover capital costs of building its on-site waste storage. But he said the company is planning for $225 million in security and other operating expenses after the spent fuel is in storage.

Gundersen said Vermont is alone among states in that it is trying to limit raids on the decommissioning fund. This month, Vermont won a ruling from an NRC board that Entergy would have to keep it informed of withdrawals from the fund for specific expenses.

Cohn argued that anyone concerned about the costs of on-site waste storage and how they're being paid should not focus their ire on the industry, NRC or even the Department of Energy. Rather, it is the Congress that has failed to fulfill its decades-old promise that the federal government will take highly radioactive spent fuel off the hands of nuclear plant operators.