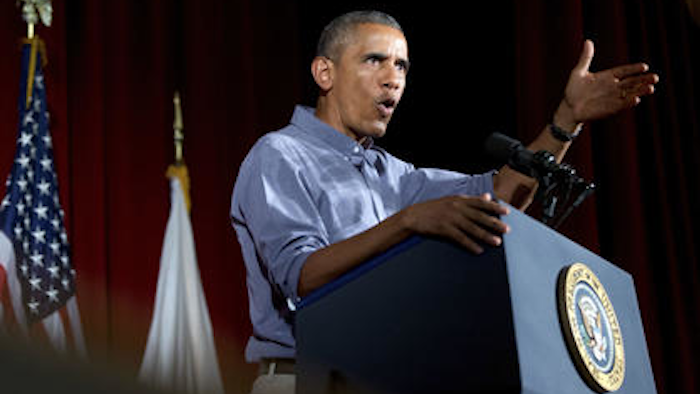 President Barack Obama says labor laws should be strengthened and it should be easier for workers to join unions.

Obama made the comments at a White House workers' summit on Wednesday — just as there's a rift with labor over a Pacific Rim trade agreement.

The president didn't mention the 12-nation trade deal. He says the pact would level the playing field for American workers and give the U.S. greater influence in a growing region.

Unions are skeptical — fearing the deal would send American jobs to countries with lower wages and less stringent labor standards.

Obama says that in a fast-changing economy, it's more important than ever to ensure workers have a voice. He says when critics attack labor, they're essentially attacking the middle class.