States Competing For Data Centers Extend $1.5B In Tax Breaks

David A. Lieb, The Associated Press 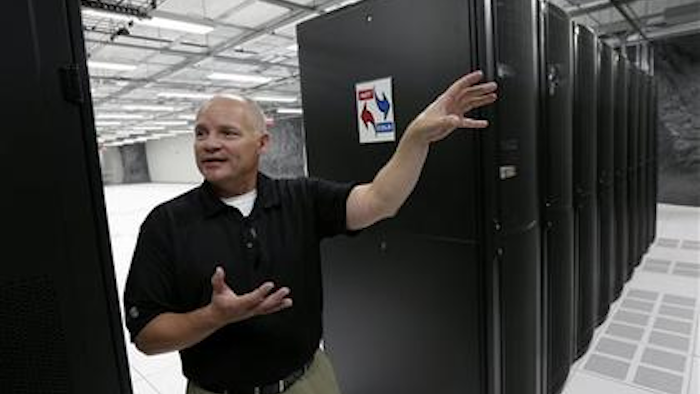 The former limestone mine seemed perfect for a large computer data center. The air was cool. The rock walls provided a defense against natural disasters. And the tunnels bored into a Kansas City hillside had access to abundant electricity and fiber-optic cables.

But the mine lacked something important: tax breaks. Without them, several companies chose instead to locate their data centers in neighboring Kansas. At least one major project opted for North Carolina.

"There were people who wouldn't even come and look," said Ora Reynolds, president and chief executive of Hunt Midwest Enterprises Inc., which has been marketing its SubTropolis caves. Financial incentives, she learned, were "absolutely crucial."

Similar competitions for business are playing out across the country as states increasingly offer lucrative tax breaks to attract the data centers that function as the brains of the Internet. An Associated Press analysis of state revenue and economic-development records shows that government officials extended nearly $1.5 billion in tax incentives to hundreds of data-center projects nationwide during the past decade.

The actual cost to taxpayers is probably much higher because some states refused to disclose the amount of taxes they waived, citing confidentiality laws. In many cases, cities and counties sweetened the incentives by forgiving millions more in local taxes.

The benefits are debatable. Although they cost hundreds of millions of dollars to build and equip, the centers employ relatively few workers. That means they produce little in the way of new income taxes but could provide a surge in property and sales taxes — if governments don't waive those taxes, which many do.

Some officials doubt the tax breaks are worth it because they typically benefit a single community while depriving the state budget of money that might otherwise help schools, lower the cost of college tuition or pay for roads and other infrastructure.

"Does it make sense to pick winners and losers for a massive statewide subsidy for, in effect, one county?" said Washington state Rep. Reuven Carlyle, who leads the House Finance Committee and voted against an extension of the data-center sales tax break.

Although invisible to most people, data centers are a part of everyday life. Every time consumers shop online, stream a movie or tap an app on their smartphones, they make use of a highly secured data center that stores and processes vast quantities of information in long rows of computer servers and hard drives.

Firms such as Apple, Amazon, Google, Microsoft and Yahoo often run their own data centers. Others function like landlords, renting space on their computer racks to financial institutions, health care companies and other businesses.

At least 23 states now have specially tailored incentives for data centers, most of which have been enacted or updated in the past five years, the AP review found. At least 16 others have used general economic-development programs to offer them incentives.

The subsidies appear likely to grow along with demand for data centers fueled by cloud computing and a reliance on outside firms to provide computer infrastructure for businesses.

"Historically, states have offered a lot of exemptions for manufacturing," said Randy Hilger, a principal at the tax services firm Ryan LLC. "But as we become more and more of a service economy, you're seeing states react with their exemptions."

The SubTropolis facility finally got its first data center last year when LightEdge Solutions Inc. opened with the help of a projected $15.5 million in sales, income and property tax breaks. Now it's looking to expand with the aid of a new Missouri law offering data centers a sales tax exemption on computers, equipment and utilities.

A state analysis projected that LightEdge could produce $24 in new gross domestic product for Missouri's economy for every $1 of state incentives over a decade. But most of its incentives come from local governments, and officials at the city and county economic development entities said they had no cost-benefit analysis for the project.

It's hard to know whether the incentives ultimately will pay off. Since opening in April 2014, LightEdge has filled about three-fourths of its initial 22,000 square feet of space. At any given time, it has three or four people working there.

In Washington, a state sales tax break has encouraged a proliferation of data centers in the rural town of Quincy, which does not exempt them from property taxes. As result, local tax revenues have more than quadrupled over a decade, helping build a new library, justice center, animal shelter and other public infrastructure.

"It certainly is a positive financial impact," said Curt Morris, a commissioner for the Quincy Port District.

Not all data centers receive government subsidies. Many have been built without incentives near technology hubs such as California's Silicon Valley. But the spread of high-speed Internet connections across the country has cleared the way for them to be built almost anywhere that offers cheap, abundant electricity — or enough tax breaks to make it worthwhile. For example:

— Amazon subsidiary Vadata Inc. is investing about $1.1 billion to build three data centers in suburban Columbus, Ohio, lured partly by $81 million in state incentives and nearly $20 million of local incentives, including free land at one site.

— Alabama, which passed a law in 2012 offering special tax breaks to data centers, landed its first blockbuster recruit this summer: a $600 million Google data center to be built at the site of an old coal-fired power plant with the help of $81 million of incentives.

— Nevada announced an even bigger deal, awarding an estimated $229 million of sales and property tax breaks for data center developer Switch to get started on $3 billion of expansions at sites in Las Vegas and Reno, one which the company claims will become the world's largest data center.

Switch's vice president of government and public affairs, Adam Kramer, calls the company's data centers "an economic magnet" that attracts other businesses. He points to a decision this summer by the online video game firm Machine Zone to invest $50 million and hire 78 employees in the Las Vegas area. In documents submitted to the state, Machine Zone cited two factors — Switch's data center and an estimated $3.8 million of incentives from Nevada.

But not every data center draws other high-tech firms to its side, and some local officials have mixed views on their merits.

In Oregon's rural Morrow County, for example, Vadata received a 90-plus percent property tax exemption last year, waiving an estimated $5.4 million in taxes, according to public records. That tax break could double this year as Vadata's newly expanded facilities are projected to be 97 percent tax-exempt.

"I don't believe it's fair," said Morrow County Assessor and Tax Collector Mike Gorman. "It's just kind of a loophole in the system that may allow them to continue on into perpetuity" without paying much tax.