China's manufacturing activity is the latest sign of the slowdown in the world's second biggest economy. 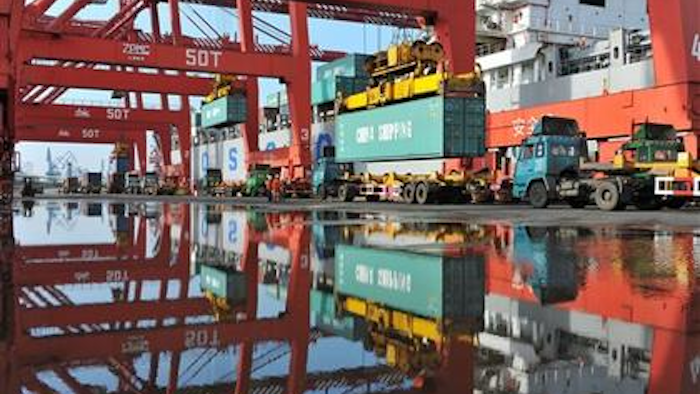 Chinese manufacturing activity fell to its lowest in more than six years in the latest sign of the slowdown in the world's second biggest economy, according to a survey released Wednesday.

The latest data was worse than economists had expected and unsettled global financial markets. Uncertainty about the extent of China's slowdown has been on the radar of investors, particularly after the Federal Reserve mentioned China as one of its reasons for not raising interest rates last week.

The preliminary Caixin/Markit index, which is based on a survey of factory purchasing managers, fell to 47.0 in September from 47.3 in August. Numbers below 50 on the 100-point index indicate contraction.

It's the sixth straight monthly decline for the index, which is at its lowest since March 2009, when the world was gripped by the fallout from the global financial crisis. The preliminary index reading is based on 85 percent of survey respondents. The final figure, which is often revised, is due by Oct. 1.

Activity may have been weighed down by temporary factory closures and a two-day national holiday for a military parade in Beijing in early September, analysts said.

China's factories cut output, staff numbers and prices at a faster pace as both new export orders and overall new orders fell, the report said. Chinese manufacturers employ many millions of workers and represent a big part of the overall economy but they are feeling the effects of a weak recovery in major markets overseas.

The data will add to the pressure on China's communist leaders as they try to prevent growth from falling too sharply. Service industries have been growing rapidly but economists say Beijing may still need to speed up government spending to achieve the full year growth target of 7 percent.

China's economic growth held steady at 7 percent in the most recent quarter, which was its weakest performance since 2008.

Growth has fallen from the double-digit rates of the previous decade as Beijing tries to wean the economy off its reliance on trade and investment in favor of domestic spending on goods and services but the transition is challenging.

"The decline indicates the nation's manufacturing industry has reached a crucial stage in the structural transformation process," said He Fan, chief economist of Caixin Insight Group.